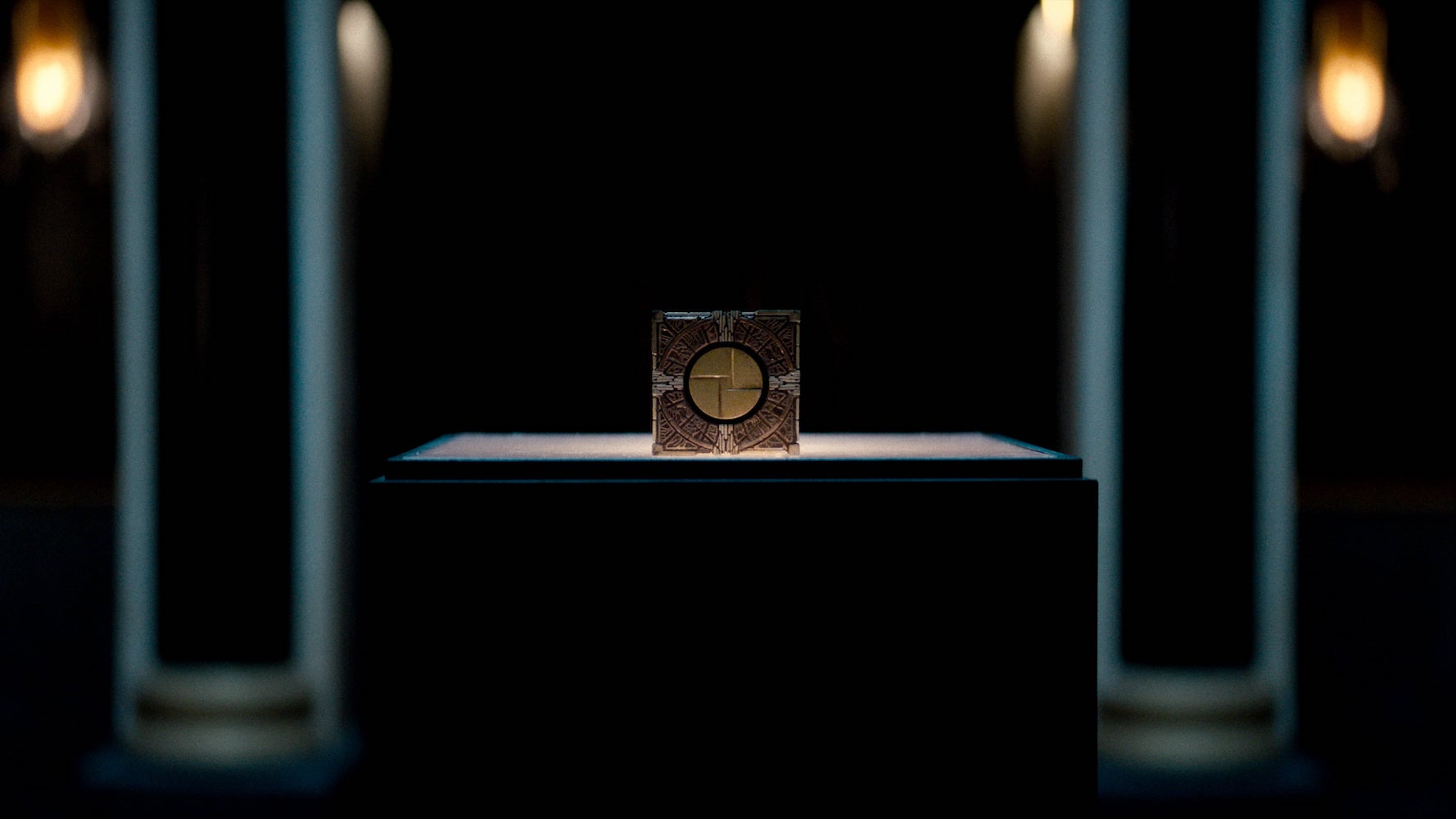 Clive Barker’s original Hellraiser film premiered in 1987 and ruined sleep for all of us. Since then there have been an incredible nine additional films in the franchise, which speaks to how many filmmakers were enchanted by Barker’s original film and how they have desired to play in his sandbox. The latest film in the series, once again simply titled Hellraiser, is in many ways a love letter to the original film.

Recently, at a virtual press conference for the film, director David Bruckner and the cast of the new film came together to discuss their varying levels of exposure (and childhood trauma!) with the franchise.

While many fans of the series likely watched the original film and its subsequent follow-ups as kids, Bruckner shared that he had not watched the original Hellraiser until high school. “If I had seen Hellraiser before the age of 10, it would have traumatized me completely. There’s no way I could’ve handled that,” Bruckner said. It’s perhaps that exposure later in life that helped him develop a deep appreciation of the complexities within the film.

“It was actually, like, towards the end of high school, going into college, that I think I really dug into it a bit. And Hellraiser was something that was so complex to me. Like, it was different every time I saw it,” Bruckner said. “And so whether I was like watching some of the later movies or going back to the original, it was something that, I think every few years, I go back and watch again and just get something else from it.”

Producer Keith Levine comes from the complete opposite perspective. “I probably saw it when I was five or six. Yeah, I have four other brothers, so whenever my parents would go out, we’d watch VHS of horror films. And I remember vividly seeing Hellraiser for the first time,” Levine said.

It is clear that the Hellraiser franchise means a to Levine, who talked about how honored he is to be part of this project and how he sent links of the trailer and poster to his brothers. For the rest of the cast, they all fell on different parts of the Hellraiser appreciation spectrum, some having had little to no exposure to it until recently, and some having grown up with it like Levine.

Goran Visnjic, Brandon Flynn, Adam Faison, and Drew Starkey came to this project more familiar with the franchise. Many of them had grown up horror fans. “[T]he first one is so iconic. I always grew up watching horror movies, because I think at nine years old, I was just sadistic and wanted to be scared,” Flynn said.

Starkey concurred, saying that watching a film like Hellraiser at too young of an age was an act of rebellion. Like many kids, Starkey’s parents trying to get him to not watch the film is what created the allure. “My mom worked in a video store through high school through the mid-’80s through the early ’90s. So she was like, big horror fan. But Hellraiser was always kind of the one film that she was like, ‘Stay away from that.’ You know, Don’t go near there.’ So as an act of rebellion, my brother and I watched it when we were too young,” Starkey said.

Providing a nice balance to the cast members who self-traumatized at a young age, Odessa A’zion, Hiam Abbass, and The Priest herself, Jamie Clayton, joined the film without much pre-existing knowledge.

The blend of cast and crew who love the franchise and who are new to it helped to create the new film, which is narratively a blend of old and new. “This is a new Hellraiser story. It’s not a remake of the original films, necessarily,” Bruckner explained. “It does harken back to them quite a bit, but it is the tale of Riley played by Odessa here who discovers the box and opens it. And all hell breaks loose.”

Hellraiser premieres in the U.S. exclusively on Hulu, October 7th!

In this article:Disney, Hellraiser, Hulu