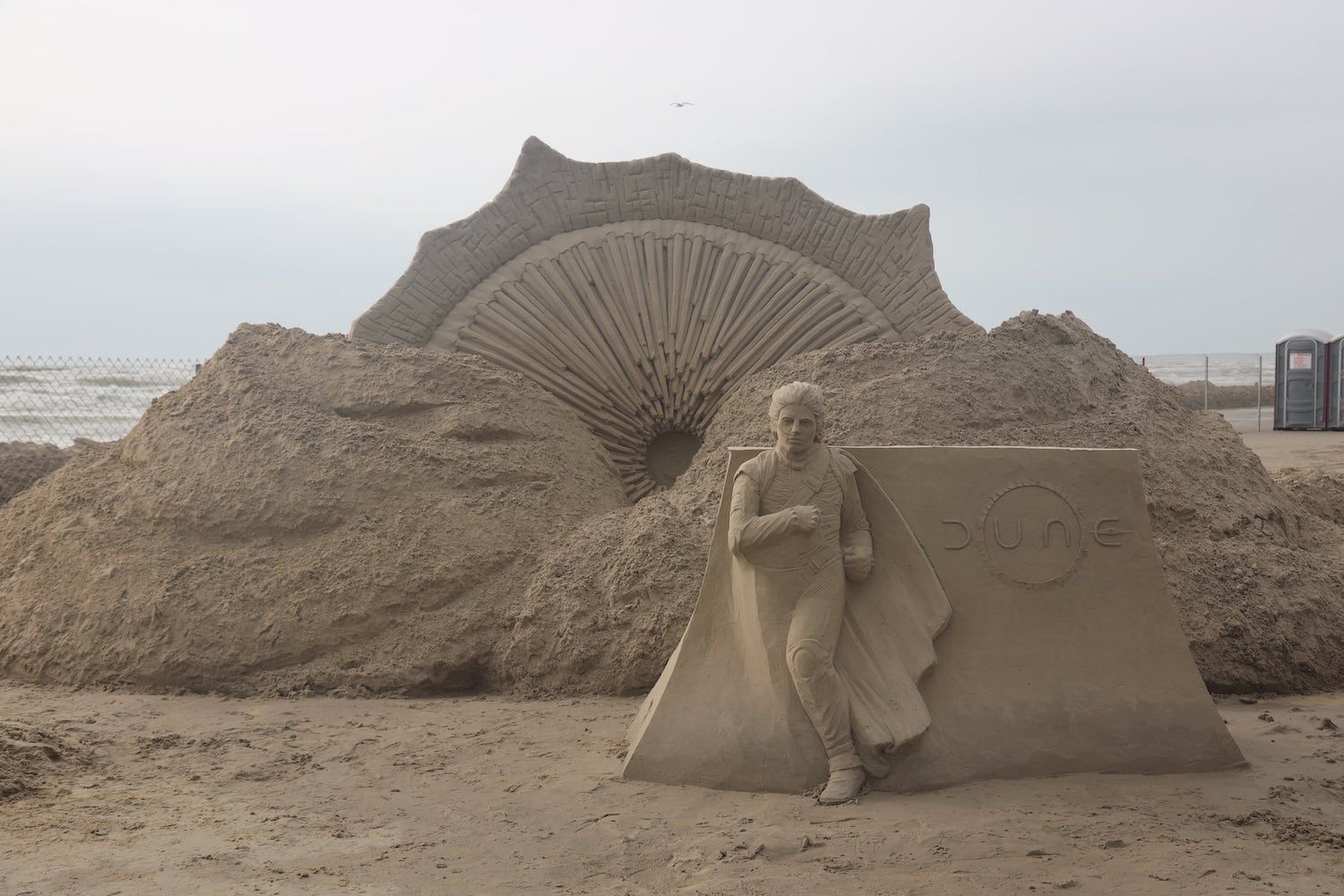 Warner Bros. Dune, directed by Denis Villeneuve, is one of the biggest and most anticipated films of the year.

The final result is stunning, particularly the level of detail and realism in the Atreides sculpture. I’m truly in awe of Waterman’s artistic talent and if there’s a film that warrants this kind of epic sand sculpture, it’s definitely Dune.

Check out the timelapse video below and watch Dune today in theaters and on HBO Max!