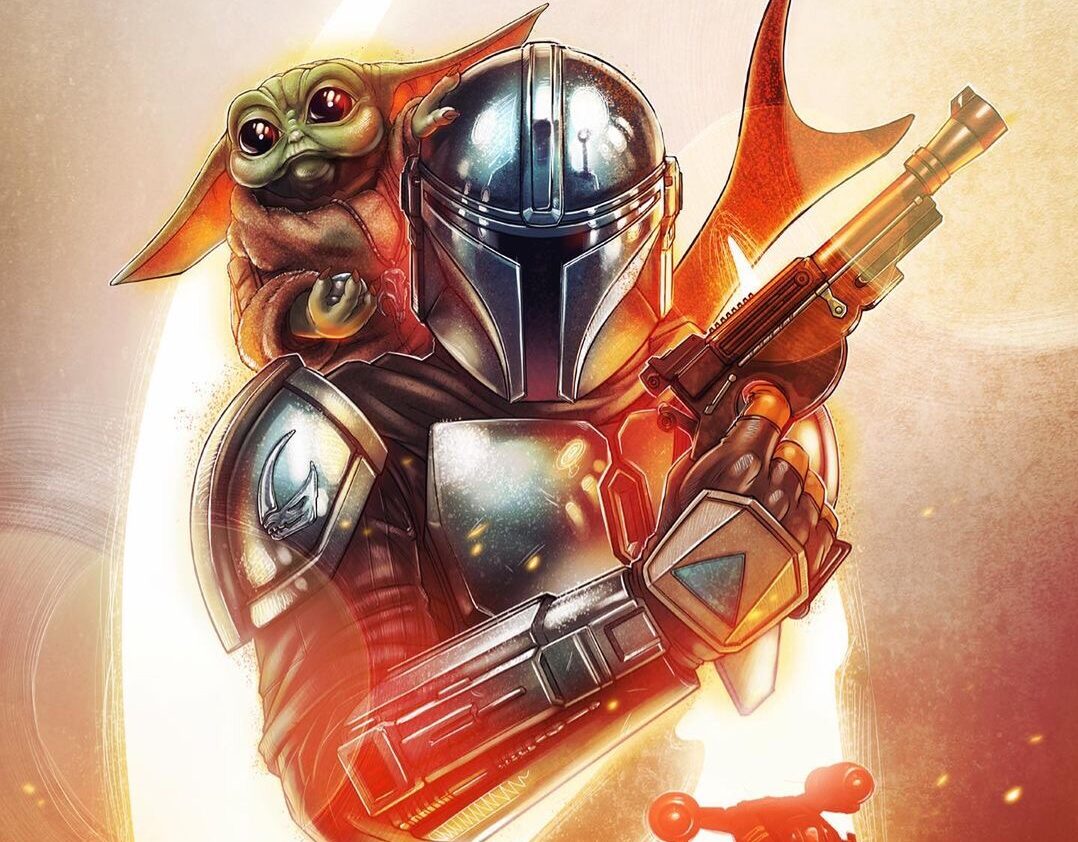 Live action Star Wars is back with season 2 of The Mandalorian and the premiere found a great balance between serving hardcore and casual fans. Below is my non-spoiler review.

During a time when new content is as scarce as Beskar armor, it’s thrilling to get almost any new Star Wars stories. The fact that The Mandalorian is also some of the most broadly well received and hyped Star Wars stories in fandom makes this premiere even sweeter. Season 1 of the show was a revelation, and the hype for season 2 has been considerable.

As far as I’m aware, Lucasfilm didn’t send out any advance screeners to media for this show, rightfully banking on the general hype for the series and organic word of mouth to bolster viewership without the need for media reviews. At a time when everyone seems to watch content at their own specified or preferred time, it was pretty refreshing to see so many on social media watching the episode at the same time. I appreciated the egalitarian shared experience.

As for the episode itself, titled “The Marshal,” it was super fan service of the highest order (that’s a compliment), as well as nostalgia infused RPG storytelling. The episode overall was a lot of fun, but more exciting for what it portends rather than what it presented. And that’s okay, because the job of a season premiere is to keep viewers coming back.

“The Marshal” was a strong start to the sophomore season of The Mandalorian, and if the season delivers on most of what this episode promised, it’s going to be a scintillating ride!

Fan Service – I told you it was a compliment! This episode was a hardcore Star Wars fan’s dream, chalk full of enough references, teases and Easter eggs to keep those fan theory podcasts and blogs busy. In another life I wrote for a Star Wars site, but I definitely couldn’t keep up with all the references. There are few fandoms that go as deep into lore as Star Wars fans, and this episode was like a blue milk spa bath. Much like the series premiere last season, there’s a wonderful reveal at the very end that’s a true crowd pleaser. Nothing can match the universal adulation of Baby Yoda, but this latest reveal is something fans will be happy about.

Attempts at Humor – Star Wars is supposed to be campy. While Star Wars storytelling can take many forms, I maintain that in its purest form, it doesn’t take itself too seriously (something it’s fans would do well to emulate). The Mandalorian, much like its titular character, leans more straight edge than the Original Trilogy, but it’s not devoid of humor. This episode has several attempts at humor that I appreciated in its effort, but at times was cringe-worthy, and ultimately fell flat. Fortunately, the show has the ingenious crutch of Baby Yoda to cut to at any moment to bring a smile to fans on demand.

The Mandalorian is a mixed bag when it comes to diversity. While the show gets plenty of points with Pedro Pascal as the lead, he also plays a character who is beholden to a code that prohibits him from taking off his helmet. The helmet stayed on all episode, making guest star Timothy Olyphant the most visible character in the episode (Olyphant was excellent). While I did notice that there was significantly more diversity in the background characters, including an Asian woman who noticeably steps into the sunlight as the Mandalorian enters a new town, there isn’t a whole lot of diversity in the speaking roles beyond Pascal in this episode.