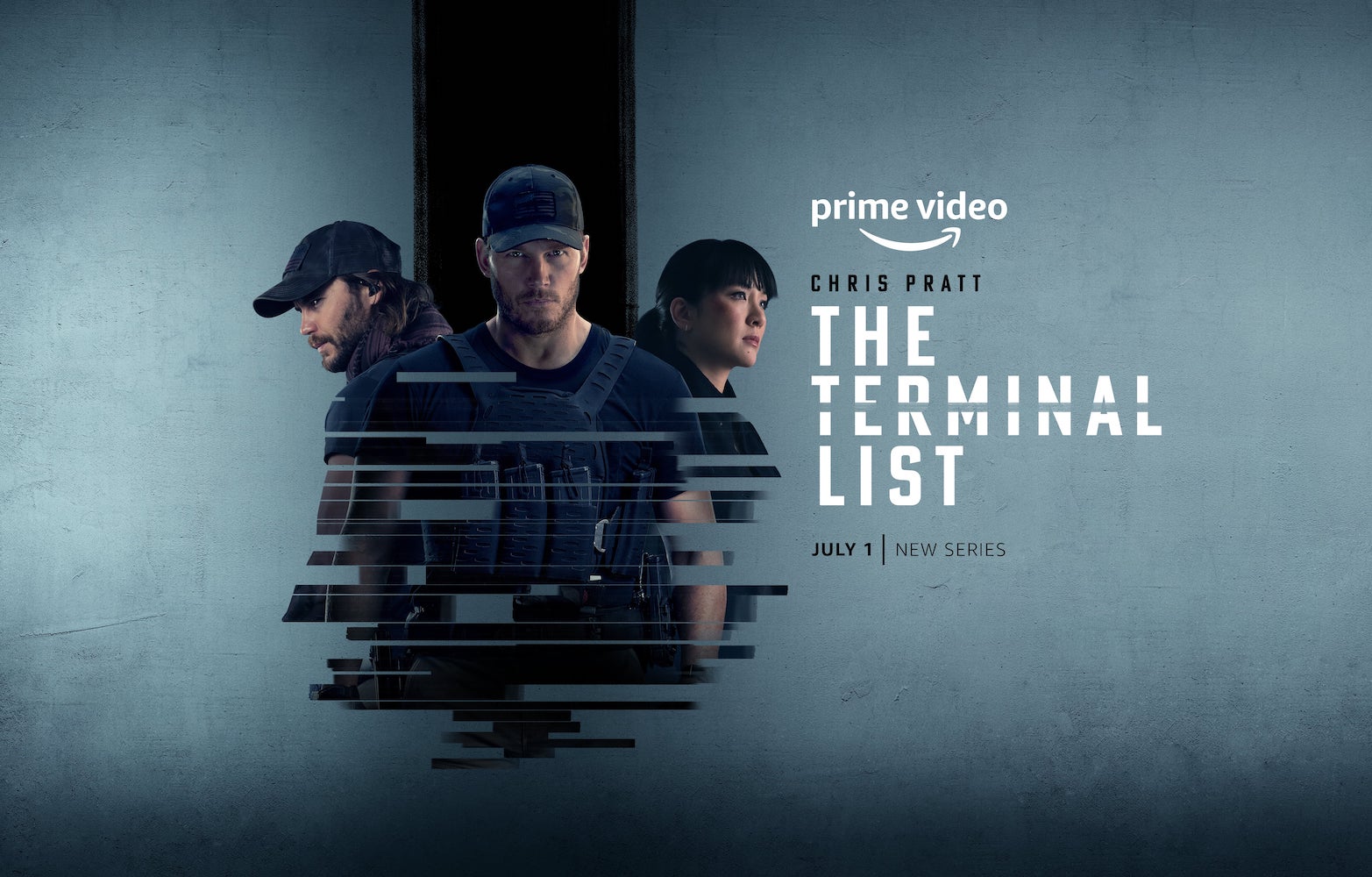 The Terminal List, Prime Video’s newest addition, is author Jack Carr’s military/spy tale starring the Guardians of the Galaxy’s Chris Pratt. The series is a sincere love letter to the military revenge genre “without the Hollywood BS,” as Pratt describes it.

Touching on themes of vengeance, mental trauma and isolation, the series follows Pratt’s James Reece as he avenges his fallen brothers-in-arms. When another tragedy strikes, he evades law enforcement, defies his superiors and leaves a long trail of blood in his path for justice. Pratt and his co-stars handle the subject and their roles with an understated reverence for the subject matter, and even at its flashiest, the show always stays pretty well grounded, immersing itself in both the family dynamics and the technical jargon a soldier would go through in daily life. This review is for the first episode.

Based on the best-selling novel by Jack Carr, The Terminal List follows James Reece (Chris Pratt) after his entire platoon of Navy SEALs is ambushed during a high-stakes covert mission. Reece returns home to his family with conflicting memories of the event and questions about his culpability. However, as new evidence comes to light, Reece discovers dark forces working against him, endangering not only his life, but the lives of those he loves.

The series is executive produced by Chris Pratt and Jon Schumacher through Indivisible Productions, Antoine Fuqua through Fuqua Films (The Equalizer, Training Day), and writer/showrunner David DiGilio. Author Jack Carr serves as executive producer, as does writer Daniel Shattuck. The Terminal List is a co-production from Amazon Studios and Civic Center Media in association with MRC Television.

Along with Pratt, Constance Wu plays fiery and inquisitive reporter Katie Buranek, Taylor Kitsch brings a subtle but unnerving sensitivity to his character Ben Edwards and the rest of the cast round things out in a very promising way. Action sequences are loud and hard-hitting and while the emotional beats don’t always get quite as deep as they could, you always get the feeling that things are being restrained under the surface in a very intentional way.

The only issue with The Terminal List is that we’ve seen this flick before. Equal parts Rambo, Courage Under Fire and a sprinkle of The Bourne Identity, this series treads over some very familiar territory. If it succeeds as a long running series, it will depend on the execution of the cast and crew to separate it from its spiritual predecessors, because the topic, for all intents and purposes, has been done before.

Fortunately, the show-runners seem to have a longer game planned out already. If nothing else, the story of James Reece will be an entertaining watch from start to finish.

PROS
– Good, sensitive approach to a familiar genre without too much flash, which helps ground it in reality
– The slower burn pacing helps build the suspense of the plot
– Solid casting, and personalities show from the start

CONS
– The premise isn’t anything new, and the series can border on the predictable
– The action scenes during gunfire can be tough to follow at times due to the camerawork