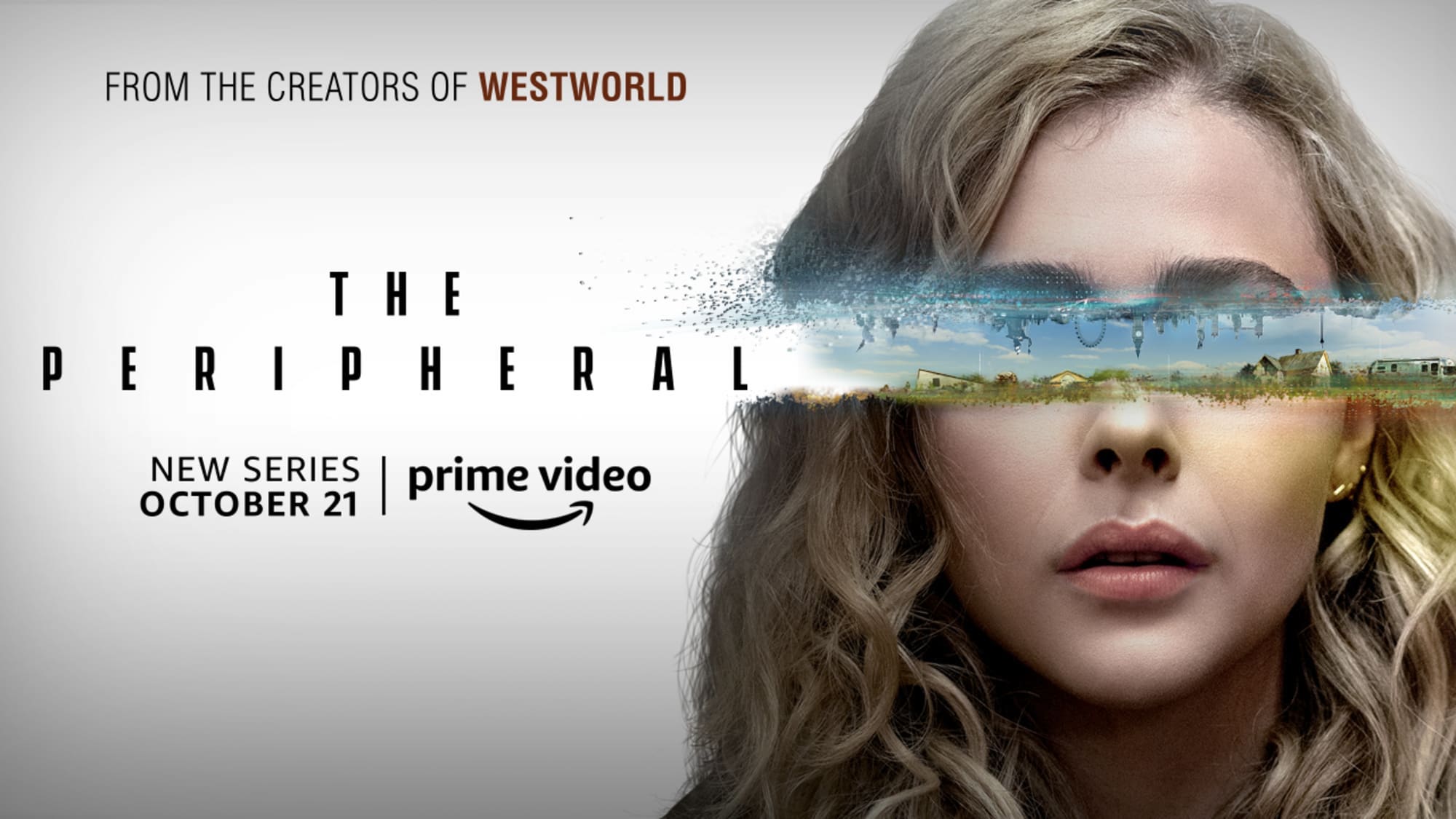 Of all the authors in his respective genre, William Gibson is as synonymous with sci-fi as sci-fi is with him, with a career that spans several decades and having introduced a variety of concepts and phrases into the lexicon of sci-fi writers everywhere. Being up there with the likes of Philip K. Dick, Isaac Asimov and H.G. Wells, Gibson has had his stories adapted into various forms. Hollywood’s latest attempt is Prime Video’s take on one of Gibson’s newer novels, The Peripheral, led by Jonathan Nolan and Lisa Joy of Westworld acclaim.

The Peripheral is streaming now exclusively on Prime Video. Potential spoilers below.

Flynne Fisher (Chloë Grace Moretz) lives in the rural American South, working at the local 3D printing shop, while earning much needed extra money playing VR games for rich people. One night she dons a headset and finds herself in futuristic London—a sleek and mysterious world, alluringly different from her own hardscrabble existence. But this isn’t like any game she’s ever played before: Flynne begins to realize it isn’t virtual reality… it’s real. Someone in London, seventy years in the future, has found a way to open a door to Flynne’s world. And as utterly beguiling as London is… it’s also dangerous. As Flynne searches to discover who has connected their worlds, and for what purpose, her presence here sets dangerous forces into motion…forces intent on destroying Flynne and her family in her own world. The Peripheral is master storyteller William Gibson’s dazzling, hallucinatory glimpse into the fate of mankind — and what lies beyond.

The Peripheral is produced by Amazon Studios and Warner Bros Television, in association with Kilter Films. Executive producers for The Peripheral are creator and showrunner Scott B. Smith (A Simple Plan), director Vincenzo Natali (In the Tall Grass), Greg Plageman (Person of Interest), Jonathan Nolan and Lisa Joy (Westworld), Athena Wickham (Westworld), and Steven Hoban (In the Tall Grass).

Nolan and Joy’s adaptation attempts to take what could be a convoluted sci-fi premise and streamlines it, while keeping all the bells and whistles that made the novel a hit. It does a great job portraying both sides of sleepy, decaying Americana, with its small town charm, all-knowing neighbors and watering hole tensions, as well as sleek, sterile England, with its haute couture, holographic technology and stunning architecture. The characters slink and storm through both settings with ease, and the set pieces—both real and CGI—are tastefully composited, making everything very believable. The visuals of The Peripheral pack a satisfying punch.

Storywise, there’s plenty of espionage and action to be found, and the narrative is always pretty clear as to who’s doing what and why. However this version of The Peripheral hits some of the same snags that many criticized regarding the namesake novel.

The Peripheral takes a little while to find its legs; while the slower pace can be a welcome change from today’s entertainment, it can drag at times. Every time the series seems to be hinting at a climax—from the bigger action scenes to the emotional plot points—it never quite seems to get there. Events that seem to be monumental turning points are instead treated like a vehicle to the next scene.

While series writer Scott B. Smith does a fantastic job giving much of the robust cast defined roles, with the exception of the Fisher siblings, we don’t really get a feel for why any of this is particularly important to us, or to some of the characters within the universe. Sometimes it feels like the foot soldiers and henchmen have more to lose in all the inter-dimensional squabbling than the heroes or the main villains.

That said, there is a good murder mystery at the heart of series, and the technology is brilliantly portrayed and expertly executed. While the dialogue becomes monotonous at times, it throws enough fascinating scenarios at you to keep you guessing. Equal parts cat-and-mouse action thriller and cyberpunk whodunnit, The Peripheral has enough tension, action and scale to be considered a worthy adaptation of William Gibson’s work.