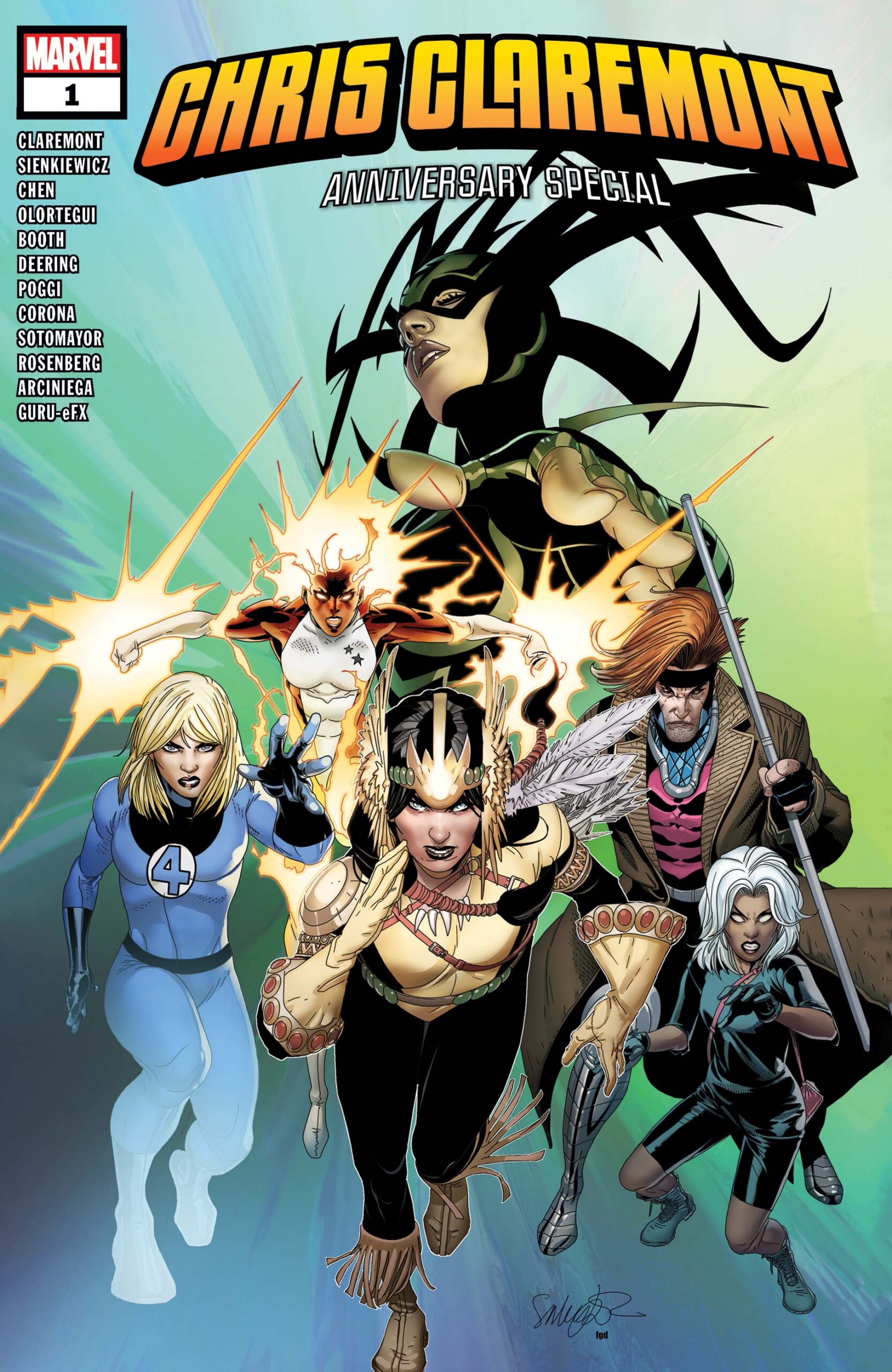 Dani Moonstar is front and center for Marvel Comics’ Chris Claremont Anniversary Special and what a special it is. From one of the greatest comic writers, comes a celebration of his 50 years of amazing work in a story that compiles some of the best characters that Claremont has written over the years.

Writer: Chris Claremont
Penciler: Sean Chen, Bill Sienkiewicz, Brett Booth, Diego Olortegui
Cover Artist: Salvador Larroca
Celebrate Chris Claremont’s enormous impact on your favorite Marvel comics of the past five decades with an all-new story! Dani Moonstar is drafted for a mission across time and space for an incredible psychic showdown against the Shadow King—joining forces with characters created and defined by the pen of Chris Claremont!

The Chris Claremont Anniversary Special uses Dani Moonstar’s power as a valkyrie in a wonderfully refreshing way. Moonstar is a powerful mutant with additional powers as one of the legendary warriors who in mythology chooses who dies or lives in battle. She is confronted by the Goddess of Death herself, Hela, who has a bone to pick with Moonstar as she is a valkyrie who’s been neglecting her duty in selecting those who live or die. So, when Hela poses a challenge for Moonstar, she has no other choice but to accept as her fate, and the fate of her pegasus, Brightwind, rely on it.

However, Moonstar’s task is not a simple one. In a brilliant use of her Valkyrie powers, Moonstar is able to travel through space and time in order to fulfill the task at hand. Not only does she fight the Shadow King along the way, but she encounters The Fantastic 4 (various ones from different universes), as well as some fellow X-Men in the form of a Rogue, and a young Storm and Gambit.  It was great to see Moonstar interact with these fellow heroes and it was a delight to have Claremont back in the writing seat to create a story not only with characters he created, like Moonstar, but also to be able to play around with some of the characters he’s written in the past.

All of this made for an intriguing way to showcase some of the best characters that Claremont has written, and give new fans who are looking into reading Claremont’s work a bit of a taste of what to expect from the writer’s illustrious career.

In all honesty, this is one of the best comic book standalone/one-shot stories I’ve had the pleasure of reading in a while. My only criticism would be that the story wasn’t longer. It would have been nice to have more time with the other characters that Moonstar was helping during her quest, including Storm, Gambit and The Fantastic 4. Other than that, there isn’t truly anything to complain about as it pertains to the Chris Claremont Anniversary Special.

There are various messages that can be found throughout this anniversary special, including the idea that every element has an opposing side or force, including life and death. For Moonstar, she spends much of the book escaping death herself and also saving fellow heroes from it. What she wants is to be a bringer of life – something she continually shows via the people she saves and those she helps day-in and day-out. The key is that Moonstar must find the balance with all of these things,  but of course, that is easier said than done.

One thing that remains a constant is that Moonstar, even when she’s on the verge of giving up, doesn’t allow anyone to stand in her way to do what is right. Not the Shadow King or the Goddess of Death herself can deter Moonstar from her mission. Put to task from page one, Moonstar’s mission is one that many have likely found themselves tasked with including making seemingly impossible choices and hoping that to keep people safe.

“For life, we fly! For life, we fight! For life, we win!” is a perfect ending to sum up the contents of the Chris Claremont Anniversary Special, and a fantastic ode to a man who’s shone a brightness and brought to life some of the most amazing stories and characters that Marvel Comics has ever known.