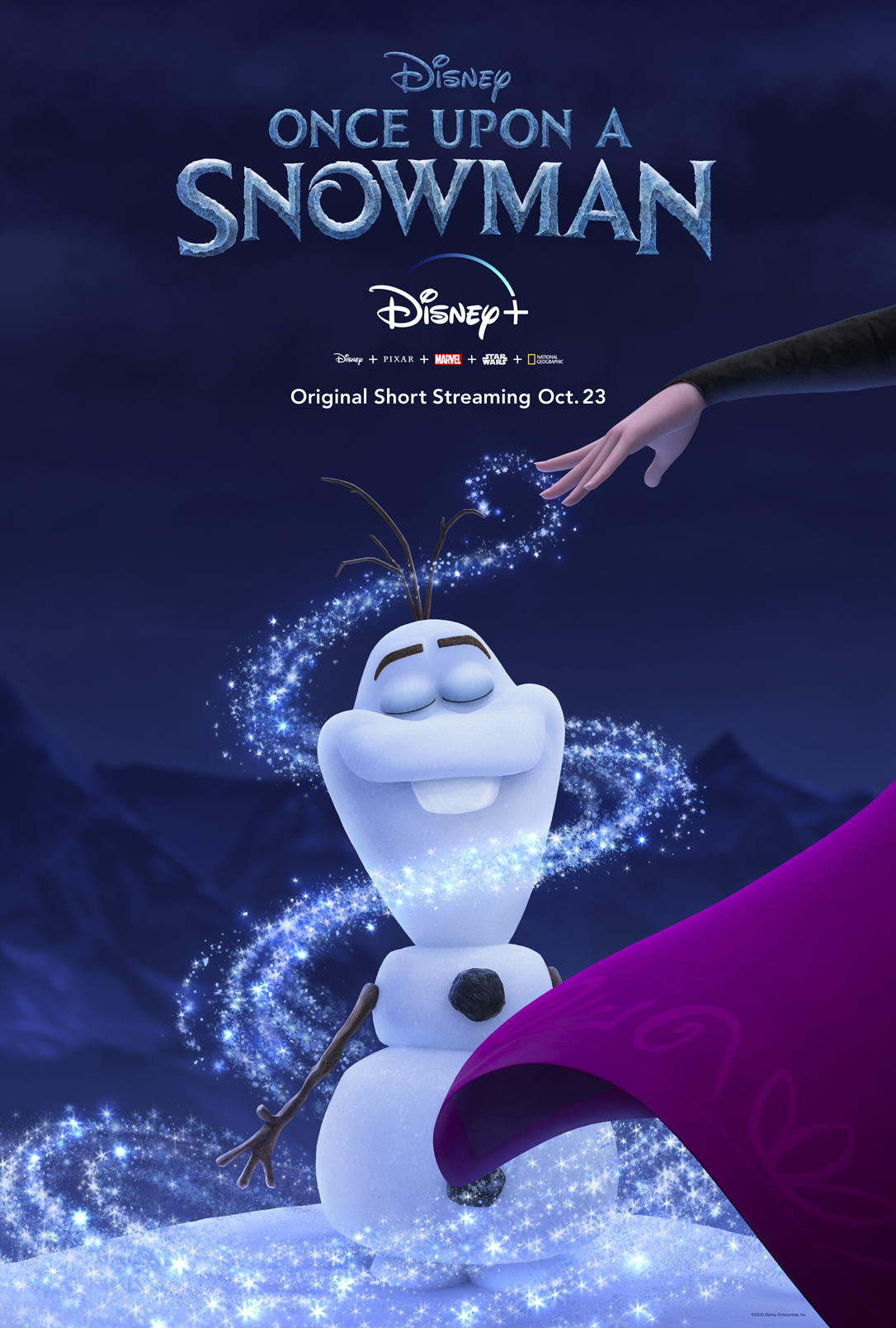 Everybody has an origin story, and of course Olaf’s origin story, much like the character himself, is short, kind of strange, but very sweet. Clocking in at under 8 minutes, the short film takes viewers back to the first Frozen film to show us what happened immediately after Olaf gained awareness. The story is cleverly laid out around the events of Frozen, beginning with the moment in Elsa’s iconic “Let it Go,” where Olaf was created. Reminiscent of the historical references in Forest Gump, we follow Olaf adjacent to the events of the first film, as he figures out what he is (a snowman), what he likes (summer and warm hugs) and what he needs (for starters, a nose).

Admittedly, I expected the film to be longer, closer to the 22 minute holiday special Olaf’s Frozen Adventure, but what we got had some genuinely fun moments, a few easter eggs, and an ending that is appropriately sweet and heartwarming. I think expectations will play a large role here. The content is great, and Frozen fans will likely appreciate the opportunity to see more of their favorite characters. However, for those who were hoping for something that they could sit back and enjoy for at least the length of a sitcom, they might be disappointed.

My rating below is based purely on the quality of the content, which was entertaining. While I understand that there are those who might be disappointed by the runtime of the film, I don’t think factoring film length in my rating would be appropriate. The filmmakers had a short, clear story they wanted to tell and told it well.

Once Upon a Snowman premieres on Disney+ this Friday, October 23rd! Mild spoilers below.

We’re taken back to the original Frozen film when Elsa creates Olaf as an after-thought in the midst of her personal liberation. As director Trent Correy explained during the press conference, he came up with this story during the production of the original film. “Elsa meets Olaf and it’s beautiful and then she just walks away. She creates life and she walks away and I was like, there’s got to be a story there,” Correy said. Sure enough, this time, instead of following Elsa to her castle, we follow Olaf rolling through the woods. He’s gained self awareness and appropriately asks, “Who am I?” That existential moment starts Olaf on a clever and amusing journey of self discovery, that’s not without its mishaps.

At one point, Olaf finds himself at Oaken’s Trading Post and Sauna, which we saw in Frozen, in search of a proper nose. There’s a great moment with a viewfinder (I loved those things!) which includes several Disney easter eggs, so pay attention during that scene!

In the end, there’s an expectedly heartwarming moment, which triggers Olaf’s memories from Anna and Elsa’s childhood, inspires him to go find the rest of the Frozen crew, and brings us back to the events of the first film. Once Upon a Snowman feels almost like a Disneyland ride.

Short and Sweet – Much like its subject, the film is short but full of heart. It’s funny and clever and gets you right in the feels at the very end. I think kids will enjoy seeing Olaf again, and the short run time is probably to their liking.

Short and short – As I mentioned, the film clocks in at just under 8 minutes. There isn’t a whole lot of story to be told during that time and we don’t see too many other character beyond Oaken. Don’t plan your evening around this premiere. It’s just something fun to break up the monotony of wondering if and when we’ll get Frozen 3.

Diversity isn’t necessarily a strong suit here, but Frozen is inspired by Norwegian themes so I wouldn’t quite expect anything different. Writers/directors Trent Correy and Dan Abraham worked on Olaf previously, making them natural fits to make this film.