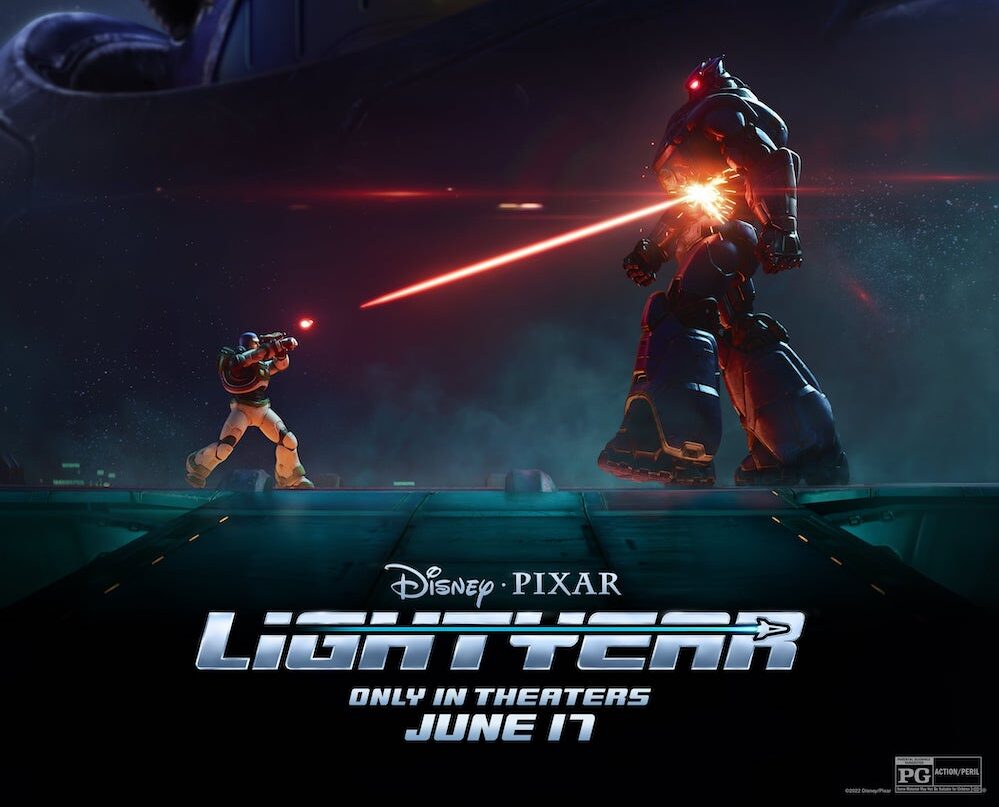 Spin-offs are nothing new to films, and to big-budget franchises especially, but every now and then, one is conceived through a moment of pure genius. A movie, about a movie about a character from a movie? The result is possibly Disney Pixar’s most impressive outing yet: Lightyear, inspired by the classic Toy Story film series and detailing the backstory of its co-pilot (pun intended), Buzz Lightyear of Star Command.

It would be an understatement to describe Lightyear as a passion-project for the film’s creative team, led by director Angus MacLane, whose first Pixar flick was the original Toy Story film. And as soon as the film starts it carries much of that Toy Story magic with it. Lightyear finds its voice in Chris Evans’ original but familiar approach to our hero, and he’s accompanied by an all-star cast, including Keke Palmer, Uzo Aduba, James Brolin, and Taika Waititi, who give the characters grand, yet intimate, performances.

A sci-fi action adventure and the definitive origin story of Buzz Lightyear, the hero who inspired the toy, “Lightyear” follows the legendary Space Ranger after he’s marooned on a hostile planet 4.2 million light-years from Earth alongside his commander and their crew. As Buzz tries to find a way back home through space and time, he’s joined by a group of ambitious recruits and his charming robot companion cat, Sox. Complicating matters and threatening the mission is the arrival of Zurg, an imposing presence with an army of ruthless robots and a mysterious agenda.

REVIEW – A Beautiful Film with a Timely Message

At its core, Lightyear is a story of redemption, acceptance, and most importantly self-forgiveness. The way it is executed was what I found most fascinating. In an era of films with cluttered plots and jam-packed visuals and story-lines, Lightyear is the most singularly-focused film I’ve seen in a very long time. This is a part of its charm – We stay with, watch develop, and learn from Buzz from start to finish with few subplots in between; we come to understand his hopes and fears, and see his weaknesses turn to strengths (and, in one plot twist, vice versa).

Tasked with discovering life on an alien planet but ending up marooned with and responsible for a massive crew, Buzz’s guilt eats away at him but also fuels his desire to complete his mission at all costs. Lightyear paints an emotional picture that both young and old can relate to. Likewise, his unlikely allies along the way share his enthusiasm, but grapple with their own shortcomings—all while facing off and racing against the seemingly-indomitable Zurg.

I can’t continue without gushing about Zurg. From the moment he’s hinted at, to being formally introduced, his on-screen presence carries an impressive weight and Pixar achieves a redesign of a classic character that easily bests its original interpretation. James Brolin achieves a Darth Vader-esque stature with an outstanding vocal performance alone.

The worlds, nay, galaxies, of Lightyear feel massive, spectacular and full. From the switches, knobs and stickers inside the cockpits, to the textures and scale they achieve with certain sets, the visuals of this movie are stylized, subtle and completely purposeful.

It’s worth noting the clever approach Disney Pixar took in having Buzz’s commanding officers be two Black character who are total opposites. On one hand, there’s the compassionate and steadfast Alisha Hawthorne (Uzo Aduba), and on the other, there’s the stubborn and self-assured Commander Burnside (Isiah Whitlock, Jr.). That duality is something you don’t always get to see in media, let alone blockbuster films.

Crafting an experience this intricate and engaging for the whole family is a specialty of Disney Pixar, but Lightyear will go down as a crowning achievement. That said, it isn’t totally without its flaws: the second act drags at times with a few redundant action sequences, and while I personally love the direction, some people might be thrown off by the tone—it isn’t the ever-jovial kid’s film that audiences might be expecting.

Lightyear stands out from its predecessors most obviously in its tone. While Disney Pixar is no stranger to taking on darker topics and themes, this movie has a particular focus on the urgency of Buzz’s internal and external struggles; the dialogue, color palettes, musical scores and emotional push-pull of the plot reflect this sense that sometimes the closer we get to what we want, we discover what we actually need. It gets dark. But a beautifully paced third act pins that emotion down as Buzz makes some sobering discoveries. Lightyear approaches its themes with sincerity and infinite optimism.

Animated films come and go, but Lightyear goes to infinity and beyond and is the best animated film of the year.