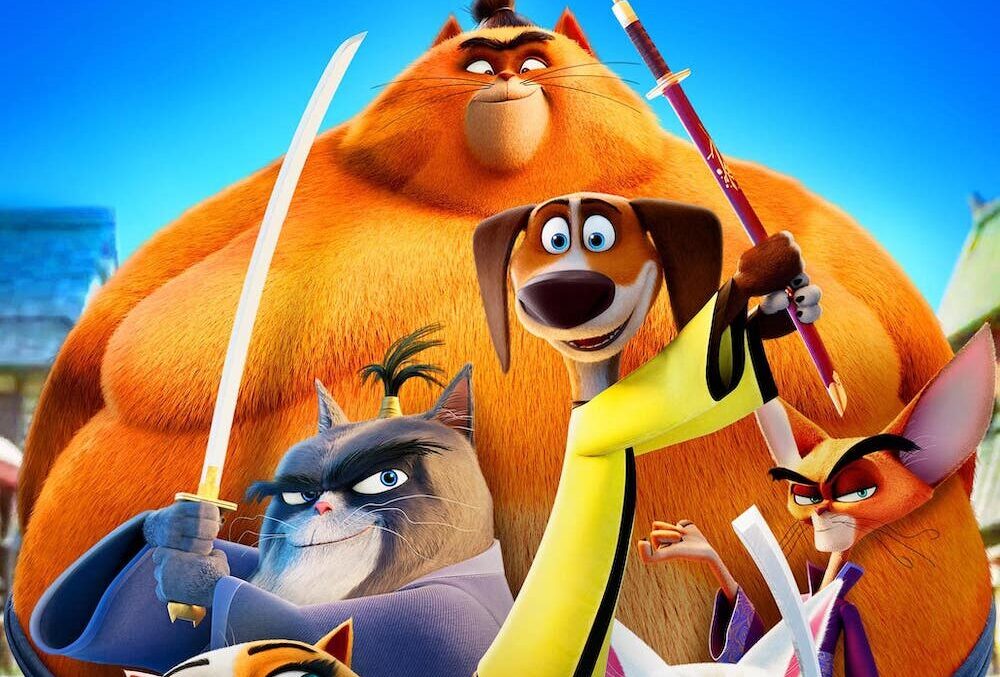 Samuel L. Jackson and Michael Cera get their animal samurai action on in the upcoming animated film, Paws of Fury: The Legend of Hank. In a new featurette, we get to see some behind the scenes glimpses of the stars voicing their characters and talking about the film.

Cera voices Hank, a hound in a world dominated by cat, who must turn to a grizzled old cat, Jimbo, voiced by Samuel L. Jackson, for help. Although the featurette is brief, it’s great to see the two talk about how much fun the film is and see Jackson in the booth recording some of Jimbo’s lines.

Paws of Fury: The Legend of Hank also includes the luminary voices of Michelle Yeoh, George Takei and more and premieres in theaters July 15th!

A hard-on-his-luck hound Hank (Michael Cera) finds himself in a town full of cats who need a hero to defend them from a ruthless villain’s (Ricky Gervais) evil plot to wipe their village off the map.  With help from a reluctant teacher (Samuel L. Jackson) to train him, our underdog must assume the role of town samurai and team up with the villagers to save the day. The only problem… cats hate dogs! Also starring Mel Brooks, George Takei, Aasif Mandvi, Gabriel Iglesias, Djimon Hounsou, Michelle Yeoh, Kylie Kuioka, and Cathy Shim, PAWS OF FURY: THE LEGEND OF HANK pounces into theatres July 15, 2022.