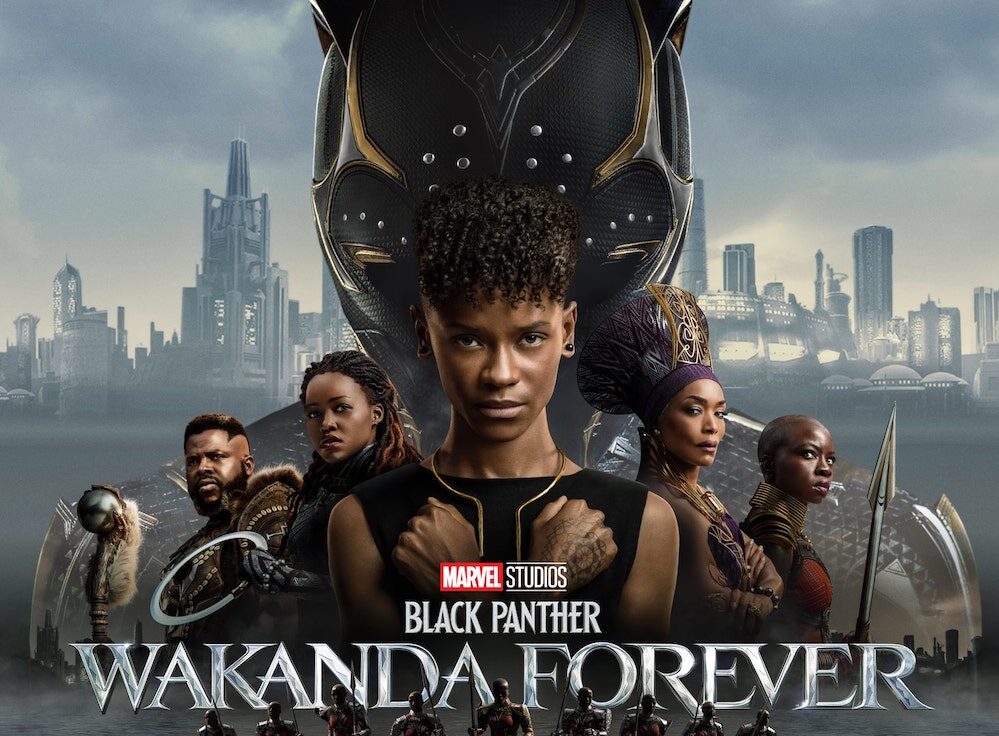 Wakanda Forever is already almost a victim of its own success. After releasing what is arguably the best film teaser trailer ever at San Diego Comic-Con in July, many fans wondered how Marvel Studios could possibly top or even match that when it came time for the full trailer. Some even said that no additional trailers were necessary because the first teaser was so perfect.

Today, with the release of ticket presales nearly six weeks in advance of the film’s premiere, Marvel released the full trailer for Black Panther: Wakanda Forever. It is awesome.

Nothing can match the sheer emotional impact of seeing the first teaser, but Marvel did an amazing job with the full trailer, perfectly balancing new glimpses of the film, just a bit more plot points and maintaining the same emotional weight. And once again, just like the teaser, the trailer ends with a shot of the new Black Panther. The identity of who is in the suit is still (somewhat) of a mystery, and I appreciate the intentional slow reveal of the character. With the teaser, we saw a brief shot of Black Panther from a lower angle, behind the character, with only a portion of their body visible. In this new trailer, we get to see a full shot of the new hero from the front.

In addition to the trailer, Marvel Studios also released the official theatrical poster and some stills from the film. The poster might be my favorite Marvel Cinematic Universe poster ever. Drawing from the primary conflict of the film, the poster features our heroes of Wakanda, with the new Black Panther helmet partially visible in the background, and the Dora Milaje running in water towards battle. The poster flips to show Namor, Attuma and Namora mirroring the Wakanda heroes, with the Talocan warriors mirroring the Dora Milaje. It’s poetic and beautiful and a welcome departure from the countless blockbuster film posters with randomly floating heads of differing sizes.

Whenever pre-sale tickets go on sale for a big film, new promotional tie-ins are released, including special posters for various theaters. For Wakanda Forever, IMAX, Dolby, 4DX, ScreenX and Real D 3D all released exclusive posters. Each of the posters feature a distinct look and highlight various characters, but the 4DX poster with the full cast and the Dolby poster with the character silhouettes are standouts.

The cast also prepared a short video to announce the beginning of ticket sales:

Black Panther: Wakanda Forever premieres in theaters November 11, 2022 and tickets are available now. This is the biggest movie of the year and tickets are selling fast so don’t wait!

Below are some purely speculative potential spoilers.

It’s pretty clear to me that this Black Panther is Shuri. The markings on the helmet almost perfectly match Shuri’s look from the first film. The suit is black with gold accents, which look similar to the second Black Panther suit that Shuri created for her brother T’Challa in the first film, which was ultimately stolen by Erik Killmonger.

It’s interesting that Marvel Studios is kind of playing coy with the character reveal, while giving pretty obvious hints as to who is in the suit. It makes me wonder whether there is an actual larger reveal in the movie related to the character of Black Panther. It’s very possible that we see more than one character in the suit during the film, and we may very well see more than one Black Panther in the Marvel Cinematic Universe going forward. Comic fans know of course that at least for a period, both T’Challa and Shuri carried the Black Panther mantle and wore the suit at the same time. That’s not to say that T’Challa will be Black Panther again (that’s a discussion for another day), but with so many worthy members of the Wakandan extended family, it’s conceivable that more than one character could take up the mantle to fill the role.

Tickets are now on sale for Marvel Studios’ “Black Panther: Wakanda Forever,” the action-packed feature film that ventures back to the kingdom of Wakanda where a new threat emerges from a hidden undersea nation called Talokan. A brand-new trailer, poster and images also debuted today and are available to download.

Fans counting the days to the film’s November 11 release can purchase tickets wherever tickets are sold.  Now fans, communities and organizations can arrange group bookings and theater buy-outs by visiting: WakandaForeverTickets.com

In the film, Queen Ramonda (Angela Bassett), Shuri (Letitia Wright), M’Baku (Winston Duke), Okoye (Danai Gurira) and the Dora Milaje (including Florence Kasumba) fight to protect their nation from intervening world powers in the wake of King T’Challa’s death. As the Wakandans strive to embrace their next chapter, the heroes must band together with the help of War Dog Nakia (Lupita Nyong’o) and Everett Ross (Martin Freeman) and forge a new path for the kingdom of Wakanda.Introducing Tenoch Huerta as Namor, king of Talokan, the film also stars Dominique Thorne, Michaela Coel, Mabel Cadena and Alex Livinalli.