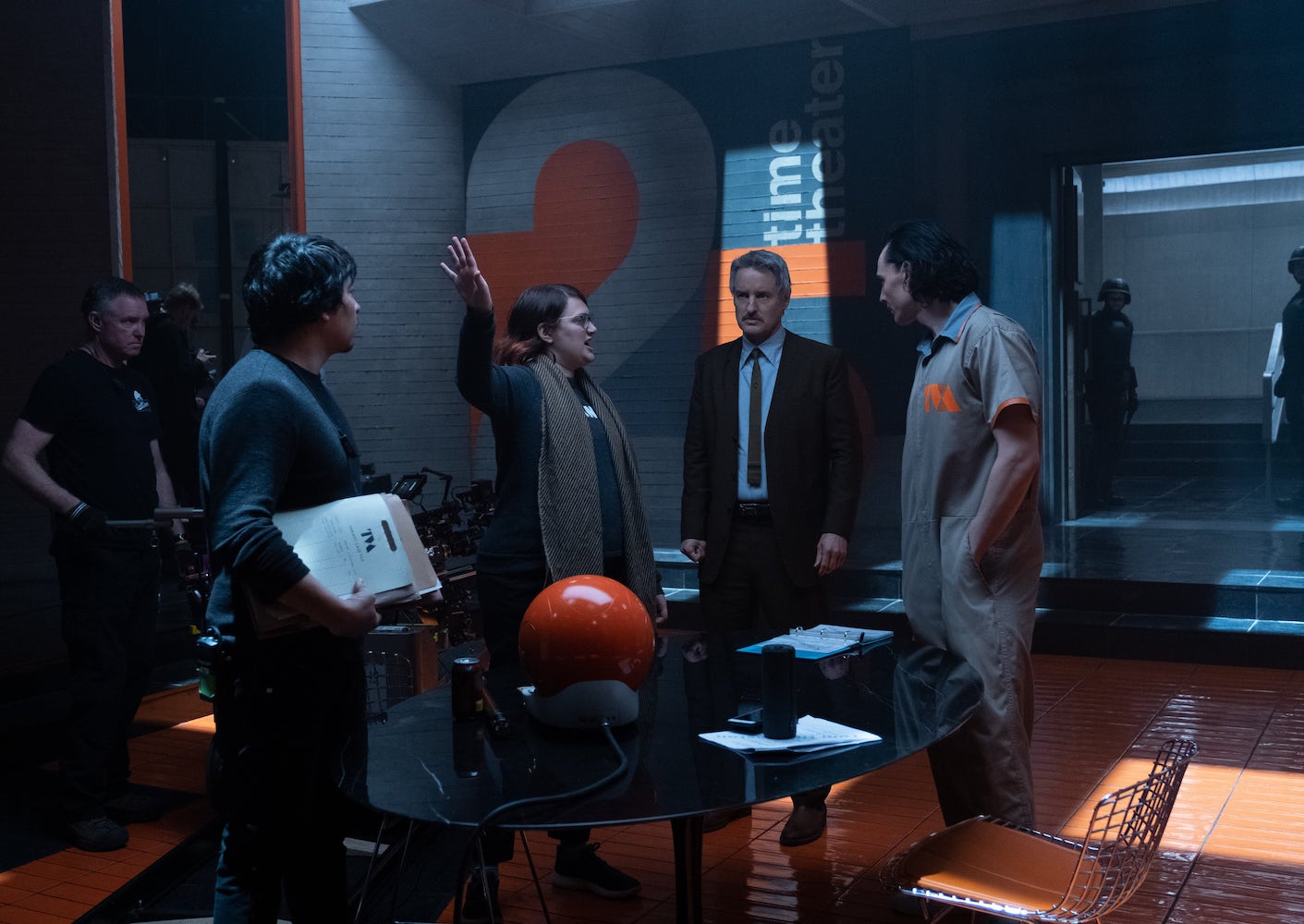 Marvel Studios continues to hit home runs, with yet another incredible Disney+ series in Loki, starring Tom Hiddleston, written by Michael Waldron and directed by Kate Herron. Each of the MCU shows on Disney+ have been incredibly unique and innovative, and Loki continues to push the boundaries of incredible storytelling.

Recently, I had the opportunity to attend the global press conference for the show. Speaking at the event were Waldron, Herron, Marvel Studios President Kevin Feige, and cast members Tom Hiddleston, Owen Wilson, Gugu Mbatha-Raw and Wunmi Mosaku.

Loki is unique in several ways, and in particular because it’s the first Marvel Studios project starring a villain, and one who has been a part of the MCU for over a decade. Tom Hiddleston’s consistently magnetic and brilliant performances as the God of Mischief have not only defined the live-action version of the character, but have also garnered a devoted fan-based typically reserved for heroes and only the very best villains.

Hiddleston and the show’s creative team talked about taking the character to a new level with a full series focused on Loki, and the flexibility the format afforded them. “I had to scratch my head a bit because that scene in Avengers: Infinity War had felt so final; had felt so conclusive as the end of Loki’s story,” Hiddleston said about first hearing about the potential for a show centered around his character. “But, I knew that Avengers: Endgame was coming around the corner. And, in that scene in that film, Loki picks up the Tesseract and disappears in a puff of smoke. And where does he go? When does he go? How does he get there? Kevin [Feige] and Louis D’Esposito and Victoria Alonso all reassured me that that would be the starting point of the series, and there were so many places we could go. So many possibilities to think about.”

Asked when he knew that Marvel would be doing a Loki show, Kevin Feige explained that at least the idea to do the show was decided after Infinity War. “What that meant and where that specifically would go, we didn’t know. But one of my favorite things coming out of Endgame was people saying that we forget to tie up the loose end of Loki,” Feige said. “Loki just disappears and we forgot to mention what happens to him at the end of that movie. And, at that point, we did know that there was Disney+ coming and the show coming.  It became very exciting to make people wait until we figured out what the show would be.”

Of course it’s one thing to decide to give a character a series, and it’s another to formulate what exactly that series will look like. Especially with a mercurial character like Loki, there are many possible avenues the studio could have pursued. When asked by journalist Orlando Maldonado about the inspirations for the show, Feige explained that it was director Kate Herron’s pitch that truly gave life to the show’s concept:

The inspiration was Kate. Right? We knew we wanted to do a Tom Hiddleston Loki series.  We knew we wanted to have time travel elements. Our producer, Stephen Broussard and our other producer, Kevin Wright, and I were always fans of this Time Variance Authority organization from the comics for years and years…but it’s really Kate’s meetings with us and her pitch that brought in all those references and allowed us to look at this in a slightly different genre than we were anticipating.

Kate Herron, who directed each of the six episodes for Loki, applied a film noir approach to the show, and was particularly influenced by the iconic crime-thriller Se7en, directed by David Fincher and starring Brad Pitt and Morgan Freeman. “Stylistically, I would say, like me and my DP, Autumn, we were really inspired by a lot of film noir films; and you can see that in our lighting and how we approached it. Se7en is a very heavy influence. There’s a little reference to Se7en in episode two of a little needle drop, which I’m sure fans of that film will recognize instantly,” Herron said.

Reflecting a creative synergy that’s apparent in the final product, writer Michael Waldron mentioned that also drew from similar inspirations. “I think Fincher for sure. We were, you know, Zodiac and Silence of the Lambs were two specific ones that we were really looking at a lot in the writers’ room,” Waldron said.

In describing how he approached further developing the God of Mischief for this show, Waldron talked about combining elements of mystery, chaos and fun. “I was just thinking Loki is DB Cooper,” Waldron said, referencing the famous unsolved mystery of a man who hijacked a Boeing 727 in 1971.

“It was already, you know, my favorite character in the MCU, and it was gonna have a time travel element. Just the opportunities for chaos and fun within that, obviously, it just seemed like it would be a great time as a writer,” Waldron continued.

With all of these incredible creative inspirations around him, Hiddleston had more material to play with than he’s ever had with Loki. Journalist Jana Seitzer of Whiskey + Sunshine asked what Hiddleston hoped audiences would take away from his expanded story.

What I love about the series is Loki is stripped of everything that’s familiar to him. Thor is not close by. Asgard seems some distance away. The Avengers, for the time being, aren’t in sight. He’s stripped of his status and his power. And, if you take all those things that Loki has used to identify himself over the last six movies, what remains of Loki? Who is he within or outside all of those things? And I think those questions became, for all of us, really fascinating to ask. What makes Loki Loki? And, if there is something authentic or, something that, at the center of him, is he capable of growth? Is he capable of change? And do his experiences within the TVA give him any insight into who he might be? This mercurial shapeshifter who never presents the same exterior twice. I hope the audience get a kick out of where we take it.

As Hiddleston and the show’s creators unravel the mystery of this show and this character, the answers to Hiddleston’s proposed questions will be fascinating and could have lasting implications for the rest of the Marvel Cinematic Universe.

Loki is streaming exclusively on Disney+ every Wednesday!