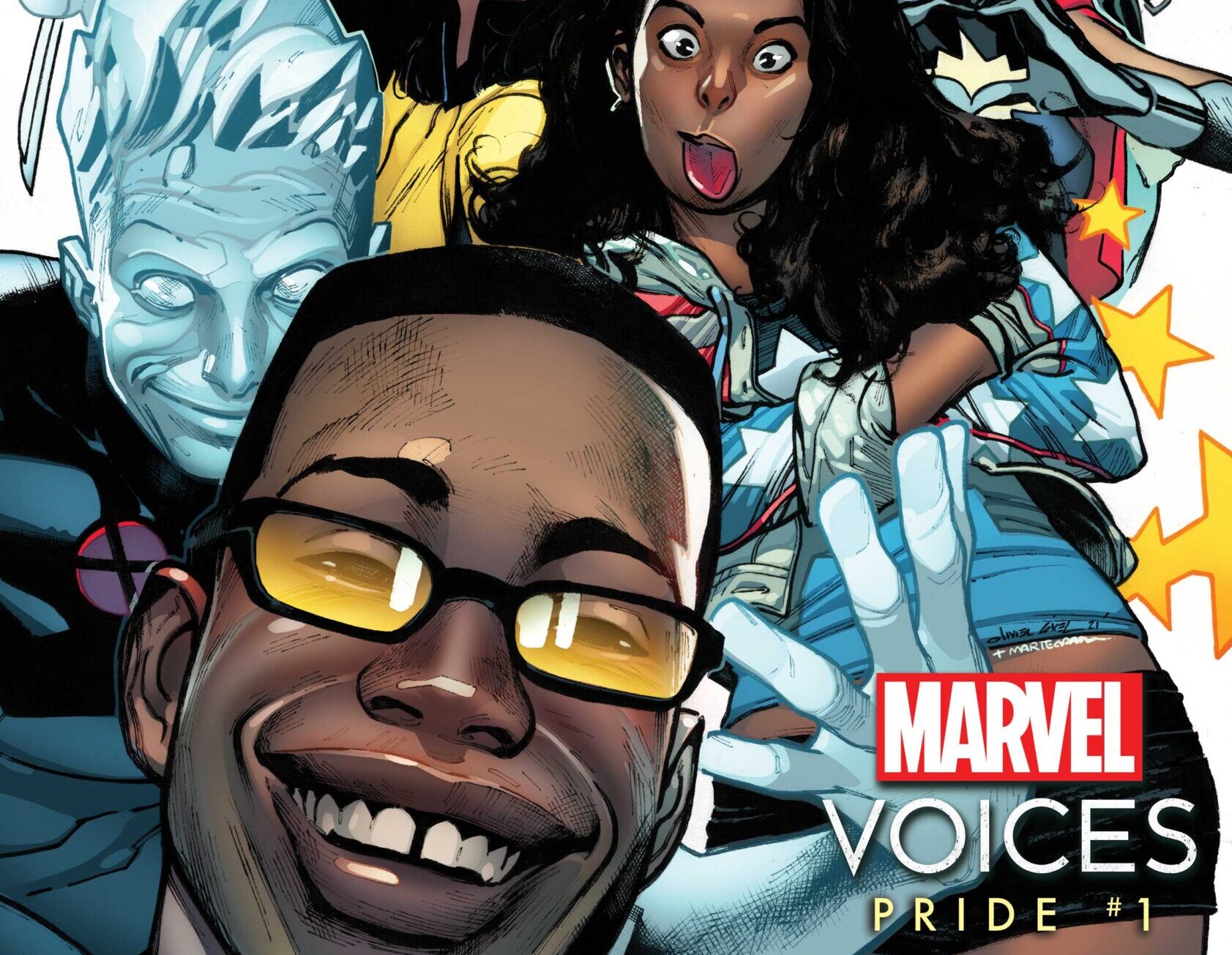 Some of the characters and books celebrated will include America Chavez: Made in the U.S.A., X-Factor, and Guardians of the Galaxy.

As part of the book’s release, Marvel has tapped some of its top artists to create variant covers, including Olivier Coipel and Luciano Vecchio. Vecchio’s special frame variant is an homage to the iconic Marvel 25th Anniversary covers released in 1985. This cover spotlights Marvel’s tapestry of LGBTQ+ characters and will reveal a brand-new hero who is set to make their debut within the upcoming one-shot.

It’s exciting that a brand new character will be revealed in Marvel’s Voices: Pride #1 and I’m eager to see where Marvel will plan to take the character going forward. Will they get their own series immediately? Will they begin appearing regularly in other books? It will be an interesting test case for this series to potentially introduce additional diverse characters into the Marvel comics universe.

Often, when it comes to the push for more diversity in comics, there’s a tension between changing an existing character (for example, potentially race-bending a character like Namor into an Asian character), or giving a new character a legacy title (like Miles Morales as Spider-Man). The reality is that both approaches, as well as introducing a completely new character with their own identity, are necessary and welcome. I look forward to seeing Marvel continue to use its Marvel’s Voices line to celebrate diversity in comics and introduce new characters.