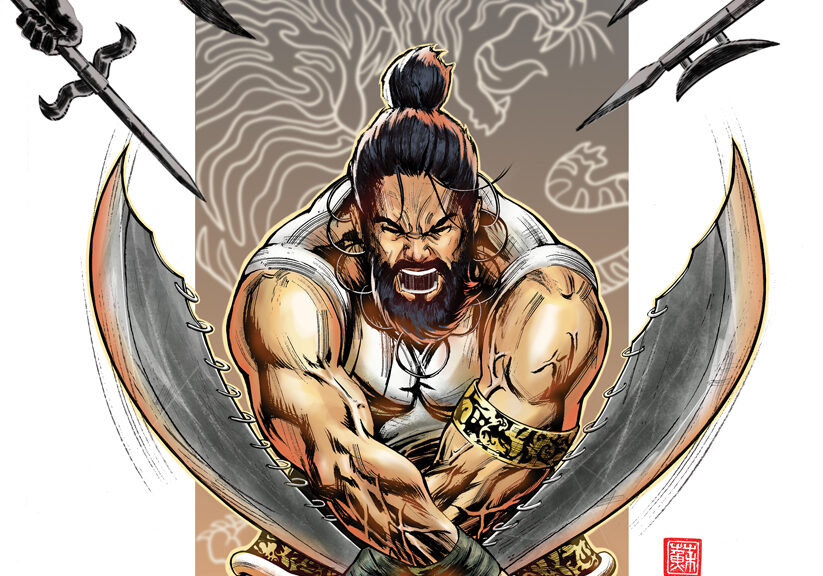 Marvel Comics’ fantastic reboot of Shang-Chi by Gene Luen Yang, Dike Ruan and Philip Tan is on fire! After the first issue went back for a second printing, featuring two great variant covers of Sister Hammer by Benjamin Su and Dike Ruan, issue #2 is also getting a second printing, and this time the covers highlight Brother Sabre! I love that we’re getting a series of these character covers by Su, and sketch variants by Ruan.

Shang-Chi has been an excellent series thus far, and issue #3, coming next week, is sure to ramp up the action. Assuming issue #3 does as well as the first two, I’m very excited about the prospect of a Sister Dagger variant!

Check out the two second print covers below as well as additional details!

New York, NY— November 19, 2020 — The new era of SHANG-CHI is now underway! Written by award-winning writer Gene Luen Yang and drawn by artists Dike Ruan and Philip Tan, each issue has been packed with startling revelations and pulse-pounding action scenes, and Marvel is excited to announce that the second issue will be getting a second printing!

Shang-Chi’s brand-new series has debuted new core elements that will define the character’s mythology moving forward — including his long lost family! Among those introduced is Brother Sabre, who takes the spotlight on the second printing variant covers of SHANG-CHI #2. A fiercely devoted member of the Five Weapons Society, Brother Sabre uses his trademark nine-ring sabre to defend his newfound brother from their power-hungry sibling, Sister Hammer!