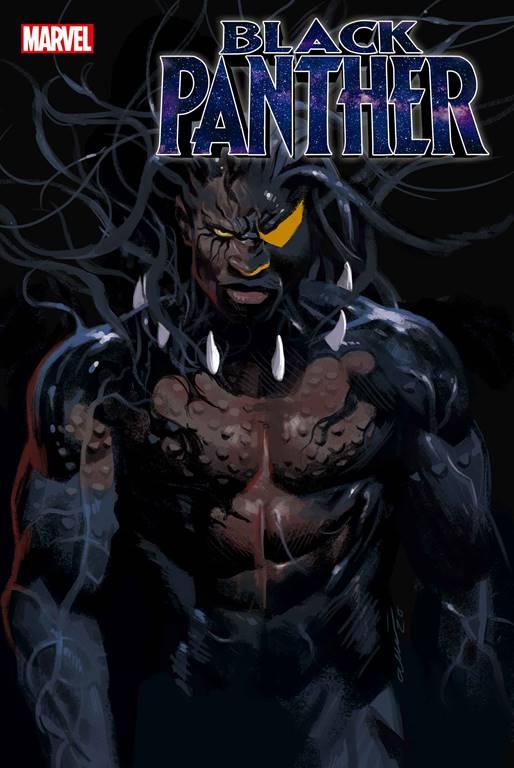 Ta-Nehisi Coates’ Black Panther finally returns this February with issue #23! I’m hearing Aaliyah’s Try Again in my head as I think about how Black Panther #22 was released in March 2020. It will be almost a full calendar year before the next issue is released. As exciting as this news is, it’s bittersweet, knowing that Coates’ run has only three issues left, concluding with issue #25.

It’s been a unique, innovative and somewhat controversial run for best-selling author Ta-Nehisi Coates (who is also writing an excellent Captain America series). Coates’ Black Panther has been a blend of science fiction and space fantasy that has expanded the world building of Wakanda well beyond its historical borders.

I’m excited to see how this story ends, and the last three issues are sure to be action packed. Today, Marvel released a new trailer to promote the book’s upcoming return, as well as some additional details. Check them out below!

Deep in space, T’Challa has discovered an alternate Wakandan society. Known as the Intergalactic Empire of Wakanda, these ruthless warriors present a dark reflection of T’Challa’s kingdom. Having abandoned their peaceful ways, this powerful empire looks to conquer the cosmos… and Earth’s Wakanda is their next target. This daring, thought-provoking take on the Black Panther mythology also features surprising developments for supporting characters such as Shuri, Storm, and Black Panther’s greatest foe, Erik Killmonger. Get your first look at this pivotal chapter in Black Panther’s legacy in an all-new trailer, featuring never-before-seen artwork from this highly-anticipated issue.

“We’re so excited to bring BLACK PANTHER back to the stands, and we thank all our readers for their patience,” said editor Wil Moss. “I promise, these last three issues will be worth the wait — Ta-Nehisi and Daniel have been building to this finale for over two years now, and the ensuing battle between the forces of T’Challa’s Wakanda and Emperor N’Jadaka’s Intergalactic Empire is going to knock your socks off! Just wait’ll you see who shows up to help defend Wakanda…”