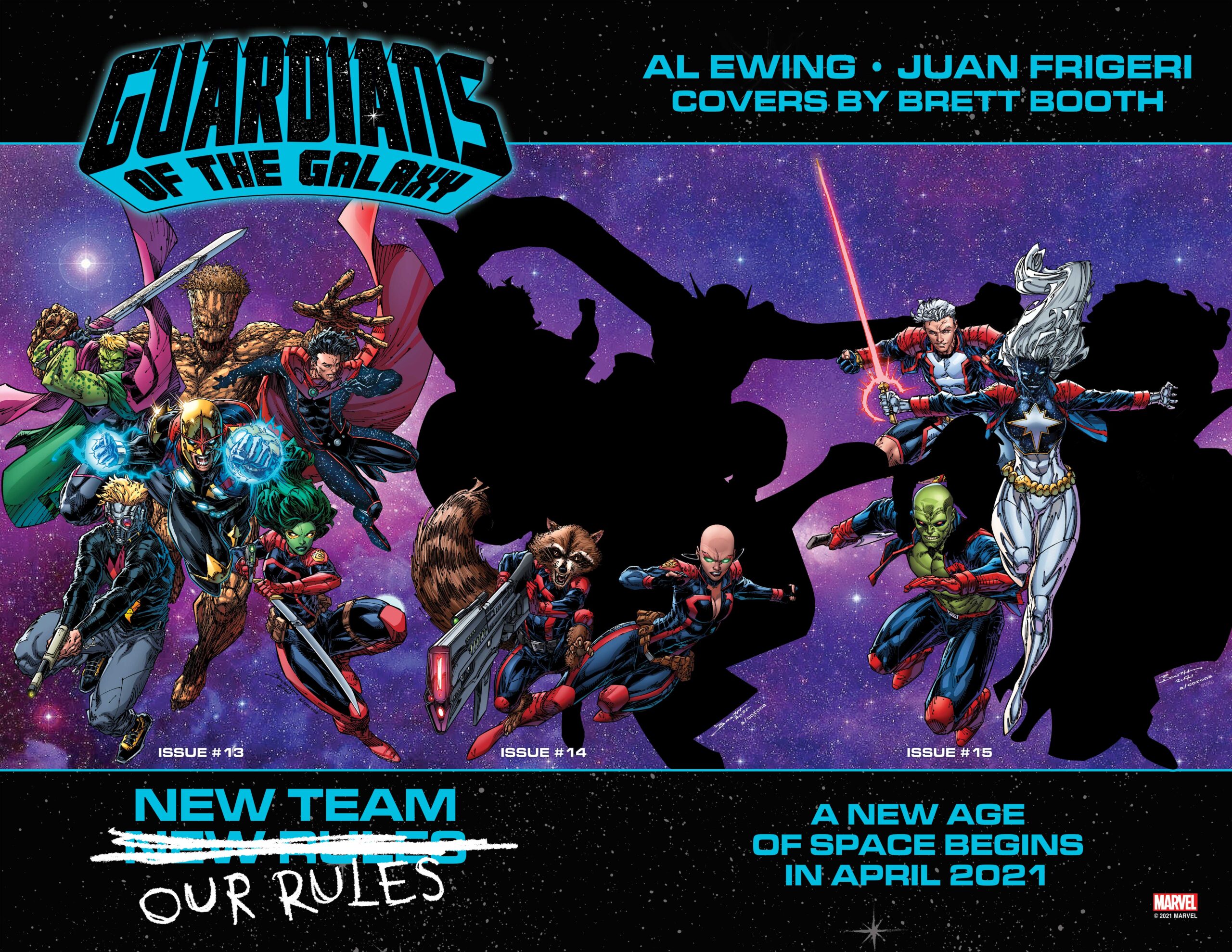 Marvel is taking the Guardians of the Galaxy to new levels as Al Ewing and Juan Frigeri expand the team to include heroes like Moondragon, Marvel Boy and Phyla-Vell in addition to the previously revealed Wiccan and Emperor Hulkling!

FOR EARTH, THERE ARE THE AVENGERS. FOR EVERYWHERE ELSE, THERE’S…THE GUARDIANS OF THE GALAXY

What shocking new additions does Al Ewing have in store for the Guardians of the Galaxy?

New York, NY— February 9, 2021 — Marvel’s New Age of Space is here and to gear up for the cosmic threats that lie ahead, the Guardians of the Galaxy are expanding their lineup like never before. Last month, fans saw that Wiccan and Emperor Hulkling would be joining the ranks of Star-Lord, Gamora, Groot, and Nova in April’s GUARDIANS OF THE GALAXY #13. Now, check out the covers for GUARDIANS OF THE GALAXY #14 and #15 for your first look at the complete roster including Rocket Raccoon, Moondragon, Marvel Boy, Drax, and Phyla-Vell. Stay tuned tomorrow and Thursday for more out of this world reveals!

In this article:Guardians of the Galaxy, GuardiansoftheGalaxy, Marvel, Marvel Comics, MarvelComics