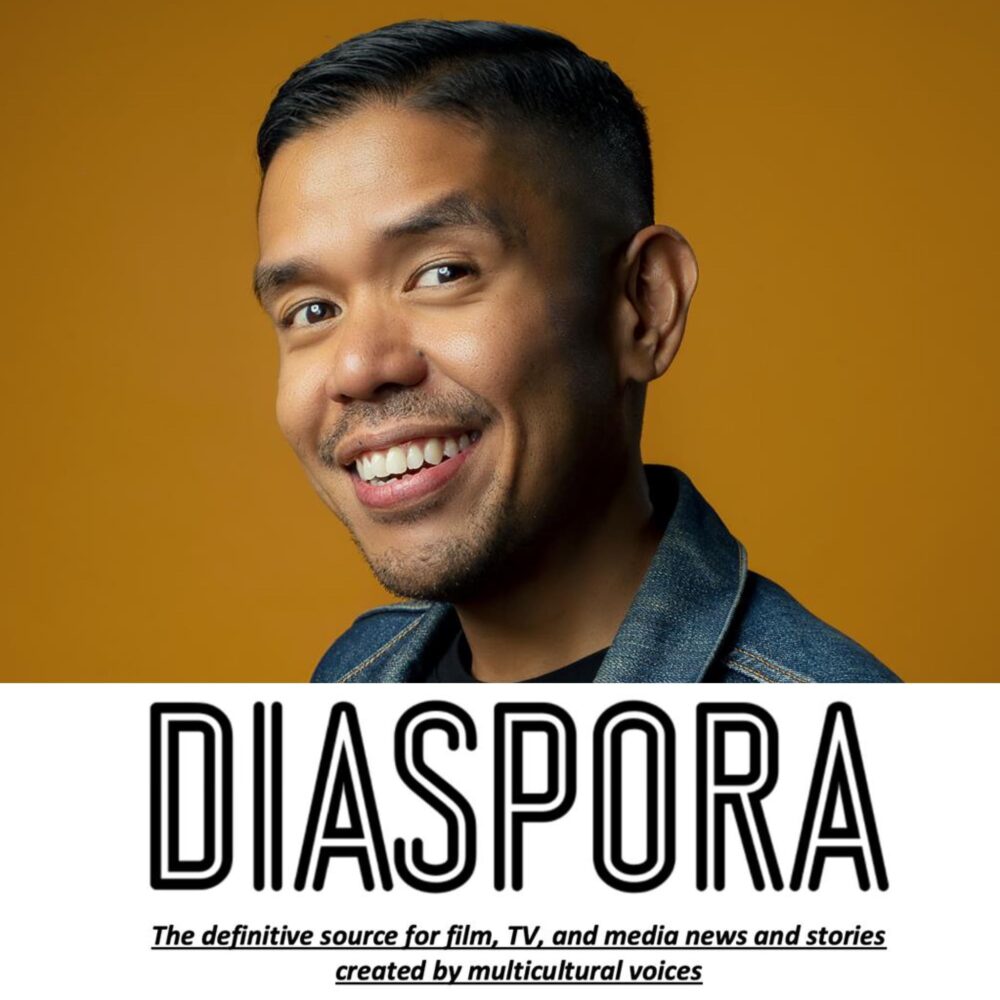 Dino-Ray Ramos has been one of the most influential and important Asian-American voices in the media and entertainment industries for years. Most recently an Associate Editor at Deadline, Ramos created, produces and co-hosts the New Hollywood Podcast, which won a GLAAD Media Award. Today Ramos announced that he is launching his own digital media platform, Diaspora, focused on highlighting marginalized voices.

A Gold House A100 nominee as one of the most impactful Asians, Ramos has long been a vocal advocate for underrepresented voices, and unapologetically uses his platform to lift up diversity in the entertainment industry. On a more personal note, Ramos and his work has been a source of inspiration for me and this site.

When Ramos announced last month that he was leaving his position as an Associate Editor at Deadline, I bemoaned the loss of another important Asian-American voice at one of the leading entertainment publications (which has been a frustrating trend lately).

It’s exciting to see that Ramos will continue his important work through Diaspora, and I look forward to seeing how this new platform will allow him to grow and expand his advocacy.

The good news is that there has been a distinct increase in diverse stories in entertainment in recent years. We’re seeing more POC centered stories in TV and film than ever before. But just as important as the diversity we see on screen, is diversity off-screen, and that includes the voices that are covering and promoting these projects.

Check out all the details on Ramos and Diaspora below and support their work!

LOS ANGELES, MAY 17, 2021  GLAAD Media Award winner and Gold House A100 honoree and former Deadline editor Dino-Ray Ramos today is launching the online publication DIASPORA (thediasporatimes.com).  DIASPORA, aHollywood “trade adjacent,” will be the voice for marginalized communities in film, TV and media shining a definitive, authentic spotlight on people of color, the LGBTQIA+ community, women, the disabled community and other historically underrepresented voices. Ramos is considered one of the most important Asian voices in the country.

DIASPORA’s goal is to become the leader and primary destination for news covering multicultural film, TV, media and culture in the entertainmentindustry — all coming from underrepresented voices who can bring a different perspective from the normal, white, cis, hetero lens that dominates today’snewsrooms.

“I’ve been a journalist for two decades and I have witnessed underrepresented voices in the newsroom and in Hollywood that haven’t prominently been heard in the way they deserve. I have used my voice in service to other publications and have been offered a ‘seat at the table’ throughout my career – but it’s time to change that in a major way. We are building that table now,” said Ramos.

DIASPORA is a digital publishing platform for film and TV industry news that will not only curate news stories focusing on multicultural and diverse representation but will also provide comprehensive stories that readers will not find anywhere else.

DIASPORA provides a platform for veteran journalists from underrepresented communities to report and write freely in a viable and safe space. Readers can expect to see top multicultural industry trends and opinion pieces from critical greenlight decision-makers in the industry.
DIASPORA launches with the following stories: “The Great Awards Show Reformation: Hollywood Accolades And White Validation” and “A Journey Of Microaggressions And Casual Racism In The Television Critics Association”.

In addition, DIASPORA features an interview with M88 co-founders Charles D. Kingand Phillip Sun and how their full-service representation firm is changing the storytelling landscape.

In an industry craving diversity and where inclusive and representative narratives have proven to be monetarily successful at the box office and on television, DIASPORA offers comprehensive information, news, tools and services that will help answer your questions, address pertinent issues and fulfillyourneeds about everything under the umbrella of diversity and representation.

DIASPORA will later expand to consulting, podcasts and video content.

Based in Los Angeles, Dino-Ray Ramos served as the Associate Editor at Deadline Hollywood where he reported on inclusion, diversity and representation in film and TV. He is the creator, co-host and producer of the GLAAD Media Award-winning New Hollywood Podcast which shines a spotlight on people of color, women, members of the LGBTQ community and other underrepresented voices in film and television.

A Texas native and first generation Filipino American, Dino has worked as film and TV reporter and editor for nearly 20 years, having worked for the Oakland Tribune and San Francisco Chronicle. He has also contributed to Vogue, Entertainment Tonight, Bustle, Paste, among other publications. He is a member of The Society of LGBTQ Entertainment Critics and is a member of Gold House’s #Gold Open advisory council and was named as part of the A100 List in 2020 which recognizes the most impactful Asians in the country.