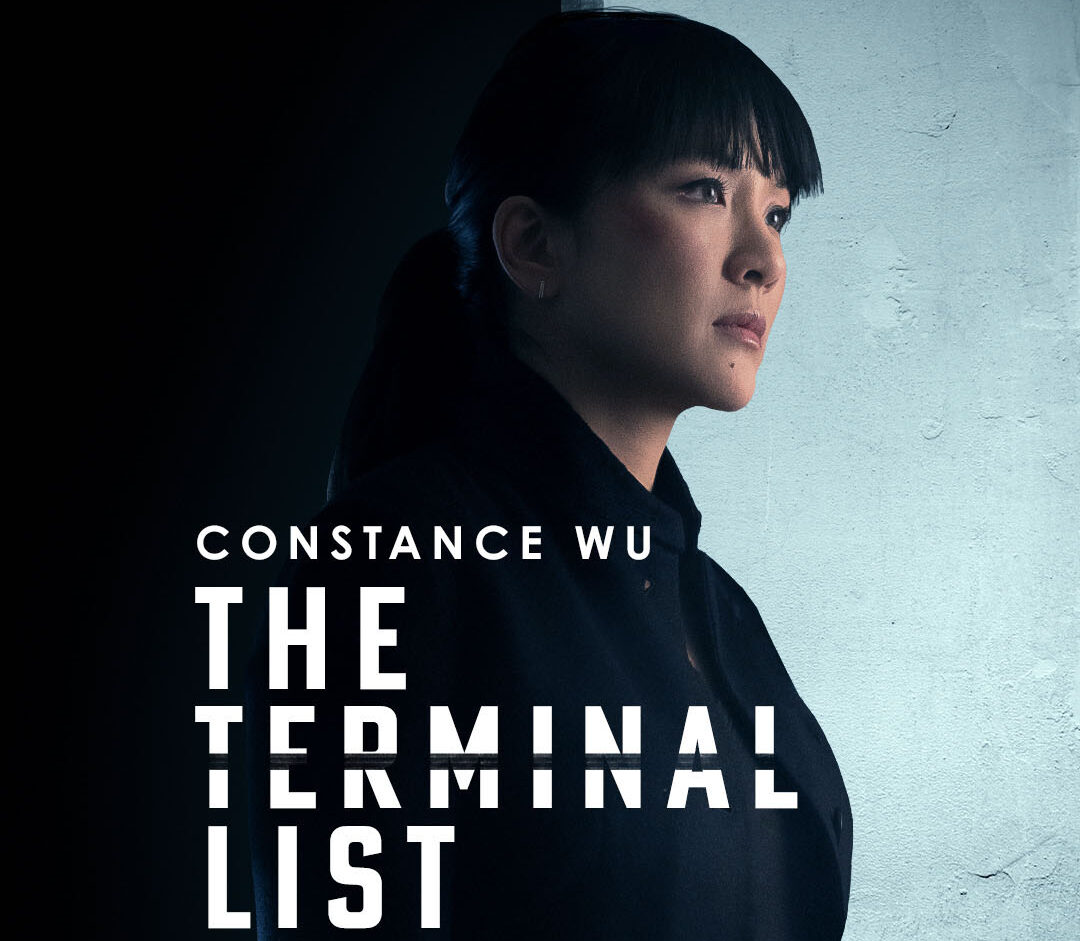 Constance Wu is constantly seeking new challenges as an artist. Best known for her lovable performance as Rachel Chu in the blockbuster romantic comedy Crazy Rich Asians and the hilarious Jessica Huang in the groundbreaking TV series Fresh Off the Boat, Wu then played the stripper Destiny opposite Jennifer Lopez in the 2019 film Hustlers. In her latest role, Wu plays Katie Buranek, an intrepid war journalist opposite Chris Pratt in The Terminal List, based on the book by the same name by author Jack Carr.

I had the opportunity to speak with Wu about her latest project, and she talked about how this role was another creative challenge for her that she embraced. Wu described her character as a journalist who cares about the truth and talked about how important that is, especially in the current climate.

Wu also praised series executive producer and director Antoine Fuqua and her co-star Pratt. She admitted that she had not seen Fuqua’s film Training Day until recently (she correctly said that it still holds up) and explained that he has a unique vision and elegance. As for Pratt, Wu said that the two connected as parents and described him as a warm and caring person.

Check out our conversation below and watch Wu in The Terminal List premiering July 1, 2022 exclusively on Prime Video!

Based on the best-selling novel by Jack Carr, The Terminal List follows James Reece (Chris Pratt) after his entire platoon of Navy SEALs is ambushed during a high-stakes covert mission. Reece returns home to his family with conflicting memories of the event and questions about his culpability. However, as new evidence comes to light, Reece discovers dark forces working against him, endangering not only his life, but the lives of those he loves.

The series is executive produced by Chris Pratt and Jon Schumacher through Indivisible Productions, Antoine Fuqua through Fuqua Films (The Equalizer, Training Day), and writer/showrunner David DiGilio. Author Jack Carr serves as executive producer, as does writer Daniel Shattuck. The Terminal List is a co-production from Amazon Studios and Civic Center Media in association with MRC Television.