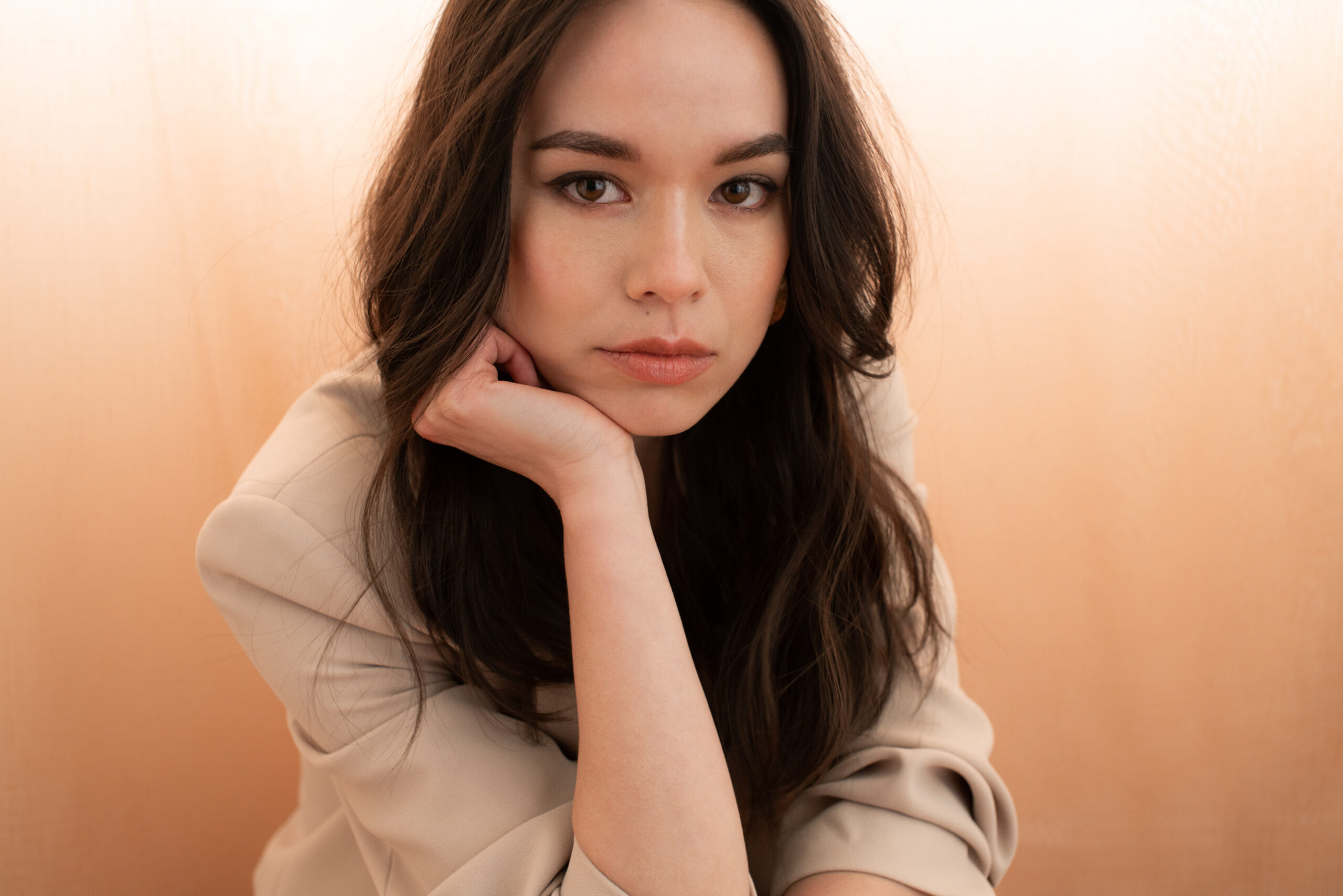 Has there ever been a time when Netflix and other streaming services were more essential to our sanity than they are now? While we’re all stuck inside (I hope), and looking for good content to provide a much needed distraction, I recommend checking out Netflix’s latest comic book adaptation, Locke & Key. Continuing our recent trend of chatting with up and coming POC actors who come from Canada, I recently had a chance to speak with Locke & Key star Genevieve Kang, who plays Jackie Veda. Genevieve was born and raised in Kamloops, British Columbia and is of Chinese and Portuguese heritage. Genevieve’s first role was on the Nickelodeon show Romeo! and she has since built up an impressive resume of genre type shows like the Youtube Premium series Impulse and Freeform’s Shadowhunters.

Netflix recently announced that Locke & Key was renewed for Season 2 (this announcement came after my conversation with Genevieve), so now is a great time to catch up and prepare for the new season!

POC Culture: I’ve heard you say that prior to landing the role of Jackie Veda in Locke & Key, you weren’t familiar with the comics, what was it about the script that attracted you to the role?

Genevieve Kang: Prior to signing on to the project, I was given the first four scripts to read and truthfully, I couldn’t put them down. The writing is so good. While Locke & Key has so many moving parts — horror, fantasy, magic, mystery, real life circumstance, twists and turns — there’s a real sense of cohesiveness that binds all these aspects of storytelling so seamlessly. Our writers also do an incredible job of creating dynamic supporting characters, so when it came to playing Jackie, I didn’t see a one-dimensional version of a person, but rather an opportunity to explore and play an interesting and complex human.

Q: Since wrapping the show, do you have any interest in going back and reading the source material?

GK: Yes, absolutely! The main reason I didn’t read the Locke & Key graphic novels in preparation to play Jackie or during filming is because, in my preliminary research, I learned very quickly that Jackie is significantly different in the novels than as portrayed in the adapted series. I wanted to approach the scripts as their own unique standalone material. But yes, I have every intent of reading some Locke & Key very soon.

Q: You’ve worked on several genre type projects, how did working on previous shows like Shadowhunters and Impulse help prepare you for this role?

GK: In Shadowhunters, my character gets attacked in the streets and possessed by a demon. In Impulse, I’m the head cheerleader and resident mean girl at Reston High. Although both of the characters in these shows vary greatly from one another, as well as from Jackie in Locke & Key, all three projects either exist within or touch upon the unknown and supernatural. Working on Shadowhunters and Impulse helped to prepare me for playing in a more imaginative world — one where magic keys and evil demons are very much a thing.

Q: What was your favorite part about working on Locke & Key? Were there any cast members you became particularly close with?

GK: Petrice Jones, who plays Scot — he and I connected early on. We share a lot of the same values, both philosophically and in more practical terms. We have a mutual passion for the impact of climate change and promotion of sustainable living, which takes up much of our dialogue. But he’s also an exceptional human all around, with such a big heart. I’m so happy we met.

Q: What was the most challenging or unexpected part about working on Locke & Key?

GK: A personal challenge I had was making sure that my portrayal of Jackie was honoring the script. As I mentioned before, our writers do such a fantastic job of developing the supporting characters within the series. I really wanted to ensure that Jackie isn’t one-noted, which even when given a phenomenal script, could be easy to fall into. Especially since Jackie is described as the moral compass of the story. However, she’s not simply the sweet girl next door, she has many levels and layers to her. Jackie is a young woman with strong values, with depth and substance. My challenge was making sure that I could bring these other, more subtle aspects of her character to life.

Q: You’ve mentioned in other interviews that you try to carefully pick roles that you have a strong interest in. What kind of roles would you be interested in pursuing in the near future?

GK: I have yet to really dig my teeth into a role that’s more gritty or contradictory. I’d love to play a character who is much more visibly troubled or conflicted. I realize this is all very vague and could be many, many different roles. Character-driven independent film? Great. Superhero feature? Okay! Apparently, I’m an open book and available for hire! But truly, I typically know when I read a script for the first time whether or not I want to be a part of a project. More often than not, I’m attracted to projects or roles that are new to me, something I haven’t done yet.

Q: I understand that you’re very passionate about cooking and health & wellness, how did this interest develop?

GK: I was diagnosed with lupus when I was 13, at which time I was given a very strong steroid to alleviate my symptoms. After a few years of being on medication, without any other advice or guidance from doctors, I took it upon myself to uncover alternative remedies that were less harmful and which came with fewer side effects. Several years later and thanks to my own tireless research, self-experimentation, and implementing important changes to my diet and lifestyle, I’m living virtually symptom-free without the use of medication. It was during this process of healing myself that my passion for holistic health and wellness grew greater, and I went on to become certified as a holistic nutritionist. I love creating new recipes in my kitchen, everything from delicious, nutrient-dense meals shared with friends and healthy snacks for travelling, to food-grade skincare concoctions and homemade herbal remedies for optimizing overall health and being well.

Q: Wow. That’s an amazing story. Thank you for sharing that.

You’ve talked in the past about the importance of representation and especially your personal experience as someone who is bi-racial. What does it mean to you to be a role model to young Asians and other bi-racial kids?

GK: It’s really exciting to be a part of. Growing up, I didn’t see a lot of people on-screen who looked like me. It was alienating. I couldn’t fully relate to the characters I was observing or engaging with; I didn’t have a strong sense of belonging. I felt like there were gaps within the stories I was consuming and/or my stories weren’t really being told.

I hope that if a young girl or boy sees me in a role on television or in a film, that she or he will not only experience a strong sense of belonging, but that they will feel seen, heard, and empowered.

GK: The first actor who got me really excited about performing was Julia Roberts in Pretty Woman. I was also deeply inspired by Martha Stewart growing up. It’s one of my lifelong goals to meet her, share dinner with her, bake with her, garden with her, anything with her.

Q: What’s next for you? Is there anything you’re working on or we can look forward to seeing you in soon?

GK: I’m currently working on writing my first script. It’s exciting, but so daunting. Otherwise, here’s hoping for a second season of Locke & Key (As noted above, a second season was confirmed by Netflix after our conversation!).

Thanks to Genevieve Kang for taking the time to chat with us. Locke & Key is streaming now on Netflix and be sure to follow Genevieve on Twitter and Instagram!