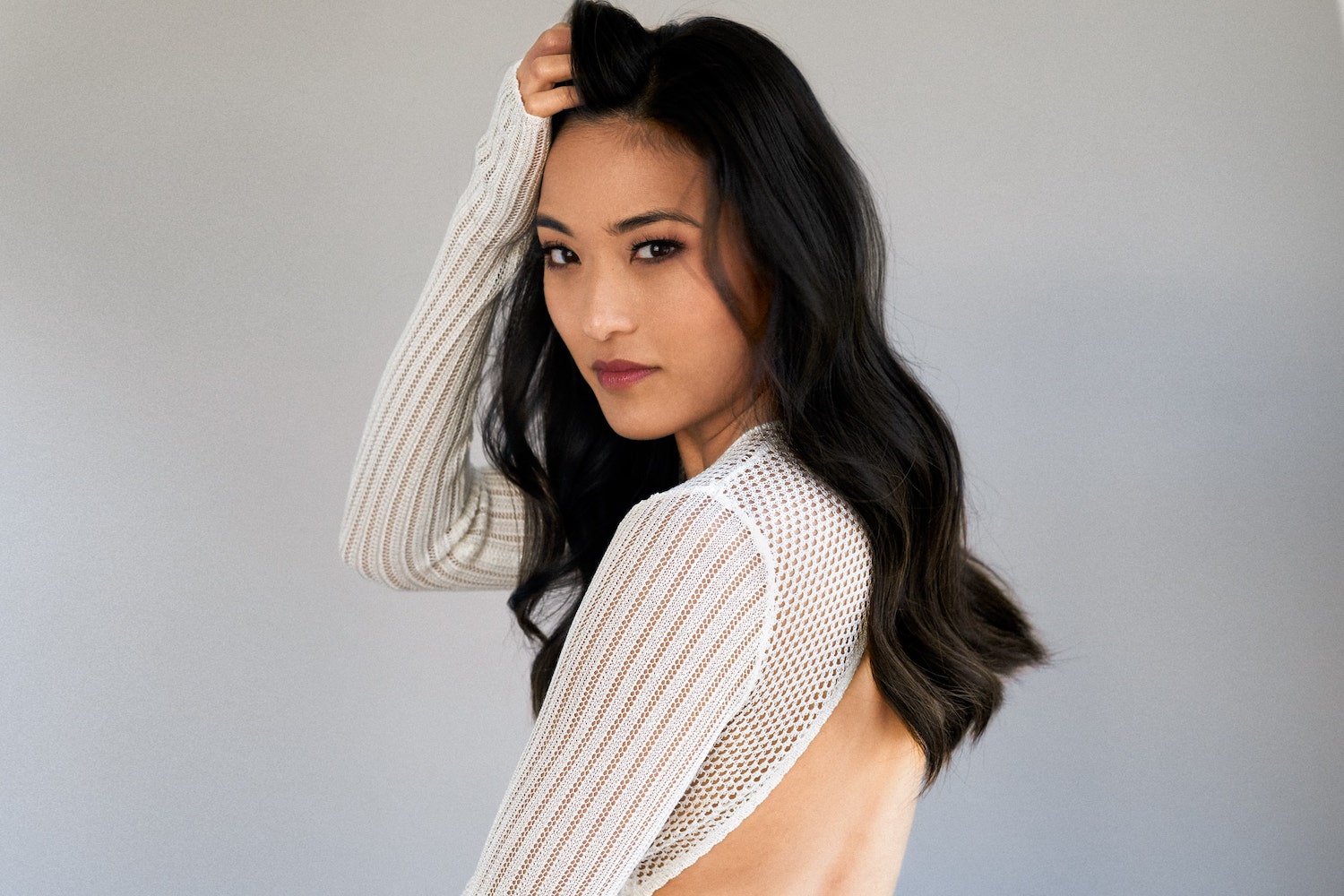 Canadian actor Yvonne Chapman plays the villainous Zhilan in CW’s newly rebooted show Kung Fu. From the premiere of the show, Zhilan caught my attention, and I’ve enjoyed learning more about her character throughout the season.

Chapman was born and raised in Calgary, Canada, and in addition to Kung Fu, has a recurring role on Global TV’s Family Law and also appeared in shows like CBC’s Street Legal, ABC’s The Crossing and another CW show, The 100.

In addition to acting, Chapman is a passionate advocate of the arts. For several years she served as an Executive Board Member and Treasurer for the Calgary International Film Festival. She has also acted in, produced and directed short films in support of young and emerging artists, many of which have been featured in prominent film festivals such as Cannes, the Los Angeles Independent Film Festival, and the National Film Festival for Talented Youth.

I had the opportunity to interview Chapman via email about the importance of reclaiming Kung Fu for the Asian community, what she loves about her character Zhilan, and perhaps most importantly, where to find the best Asian food in Canada!

Be sure to catch Chapman on Kung Fu every Wednesday on the CW!

POC Culture: You had a career in finance that you enjoyed but made a big life decision to pursue acting. What is it about acting that appealed to you so much and how did your family feel about your decision?

YVONNE CHAPMAN: Growing up I was an incredibly shy kid. But, in front of a camera, or on stage in my theatre classes at school, I felt so comfortable. I can’t explain why, but I just felt invigorated, and my shyness would dissipate. And even now, that still exists.

So, acting was always in my peripheral, it just took a long time for me to gain the courage to pursue it. I thought, because I was a shy person that I couldn’t do it – I had this perception that only extroverted, outgoing personalities could make a serious go of it. I know now that I was wrong, there isn’t only one “type” of person that fits this profession. But it took me getting over that idea to go for it. And my family, to an extent, felt the same. They weren’t convinced at first, and rightly so. One, because it’s a tough profession for anyone to pursue, and second, I never really broadcasted my desire for this to them, so it came as a bit of a shock. But now, having watched me over the years and knowing how happy and fulfilled it makes me, they have been incredibly supportive.

POC Culture: Kung Fu, the original series, has a complicated history for Asians. How familiar were you with that history prior to joining the new series and how does it feel to be part of a project that is reclaiming that story for the Asian community?

YVONNE CHAPMAN: I am familiar with the original series, only in part of its premise, and how that show resonated with audiences back then. I think the spirit – being the action and excitement that the original evoked has transcended into the new series. But in my opinion, our show stands on its own. It is a new story, with new characters that feels right and authentic.

These characters are multi-dimensional, multi-generational, and don’t fall victim to being reduced to Asian stereotypes that we have often seen in the media. It is so important for our community to be seen in the same complexity and human experience as anyone else, so that we are no longer regarded as other or foreign.

POC Culture: Could you tell us a little bit about how this project came to you? What the audition process was like and where you were when you found out that you landed the role?

YVONNE CHAPMAN: It came to me like any other audition. I got the audition request from my agent. I taped for it, got a few notes back from production and taped it again – this is COVID time so it was all done through self-tapes. And luckily for me, I got the call that I landed the role. I was in Vancouver at the time. I had just wrapped on filming another show, and was about to pay a visit to my hometown Calgary when my agent and manager called and said, “You’re not going anywhere”.

There’s a saying among actors – book a trip, book a role! I find that to be very true.

POC Culture: What did you do to prepare for the role? What kind of training and research did you do?

YVONNE CHAPMAN: Zhilan has a complex back story, and it was important to me that I dug into how and why her past would affect her psyche. As the show continues, and particularly in episode 7, the audience will find out a lot about her history. I researched how her past experiences could manifest emotionally, physically, and psychologically for her.

And for every character I get to play, I keep a journal to write or draw ideas out for them. And the journal must feel like the character. It took me a while to find Zhilan’s – it’s a black notebook with black pages.

She is also an incredibly skilled fighter. I had training throughout the season with the remarkable Kung Fu stunt team to learn the choreography for all the fights in the show.

POC Culture: Your performance as Zhilan in Kung Fu is extremely memorable. What interested you about this character and do you enjoy playing a villain?

YVONNE CHAPMAN: I love playing Zhilan because she can be so far removed from myself. And because of that, it scared me a bit at first to play her, but for me, that’s the best part about acting; the challenge and fun to step into a different skin and way of being.

I know she is the villain, but I don’t and can’t think of her as such. To me, she is another human being in the story, that thinks she is doing the right thing. What I enjoy most about her is that she is flawed, powerful, and doesn’t care if she’s liked or not. And she has this admirable resolve, and almost insatiable desire to pursue what she thinks she needs, however misguided that may be.

POC Culture: Kung Fu comes at a time when we are seeing a sharp increase in anti-Asian hate crimes and sentiment. How have recent events impacted you and how important is it for you to advocate on behalf of the Asian community?

YVONNE CHAPMAN: I genuinely believe that a lack of exposure and representation in the media has contributed to the increase in anti-Asian hate crimes and sentiment. Because what you see is what you know, and when you don’t see us, you forget that we are part of the community. We are all part of the human race, and by just being human we are all part of a shared experience. So it’s important for me, especially in times like this, to remind everyone that we are far more alike than we are different. Not just through my work as an actor, but by reaching out and having a conversation on a personal level. Not with anger, but with consideration and hope to educate, connect, and bridge the gaps of misunderstanding that cause hate.

And it’s important for us to amplify the voices of the organizations and people who have been advocating for our community, not just recently, but for years. We need to come together and provide them with the resources, and outreach they need to create meaningful and lasting change.

POC Culture: What do you hope audiences will take away from watching Kung Fu?

YVONNE CHAPMAN: I hope they cheer, and laugh, and cry and fall in love with the characters and story as much as we have. I can confidently speak on behalf of everyone who is a part of this show, that we have had a blast making it, and it means a lot to us to do this. I just hope the audience takes away a great time watching Kung Fu.

POC Culture: Who were your heroes growing up? Both in pop culture and personally?

YVONNE CHAPMAN: I loved Buffy the Vampire Slayer! She was such a badass. My cousins and I were also obsessed with Sailor Moon. All of the sailor soldiers. I’m seeing a theme here of kick ass women – much like Nicky Shen and the Kung Fu gang, so I hope the show inspires this generation in the same way.

POC Culture: Where can I go for the best Asian food (any Asian cuisine) in Calgary and Vancouver?

YVONNE CHAPMAN: Um, how much time you got??

Okay, I’ll try to give you only a few, but truly there are SO many rad places to check out in both cities.

Vancouver:
Do Chay – Everything is bomb on this menu and vegan.
Lions Den – Run by this lovely couple and combines their backgrounds of Japanese and Jamaican food.
Phnom Penh – The chicken wings and “butter beef” are to die for.
Uncle Snack Shop – Fairly new joint with great eats.
Cindy’s Palace – For great Dim Sum.
Marutama – My favorite place for Ramen in Vancouver.
Kishimoto – ‘Cause this list would not be complete without at least one recommendation for Sushi in Van.
Vij’s – Amazing Indian cuisine.

POC Culture: What’s next for you after Kung Fu and what would be your dream project?

YVONNE CHAPMAN: Hopefully more Kung Fu! I absolutely love the cast, crew and creators of this show. We have a great group of people, and a story that I would be happy to continue with.

Aside from that, I’m a big fan and reader of sci-fi and fantasy and would love to work in that space one day.

The word “groundbreaking artist” gets thrown around too easily, but if there’s someone who really fits that title, it’s multiple Grammy winning singer, rapper,...