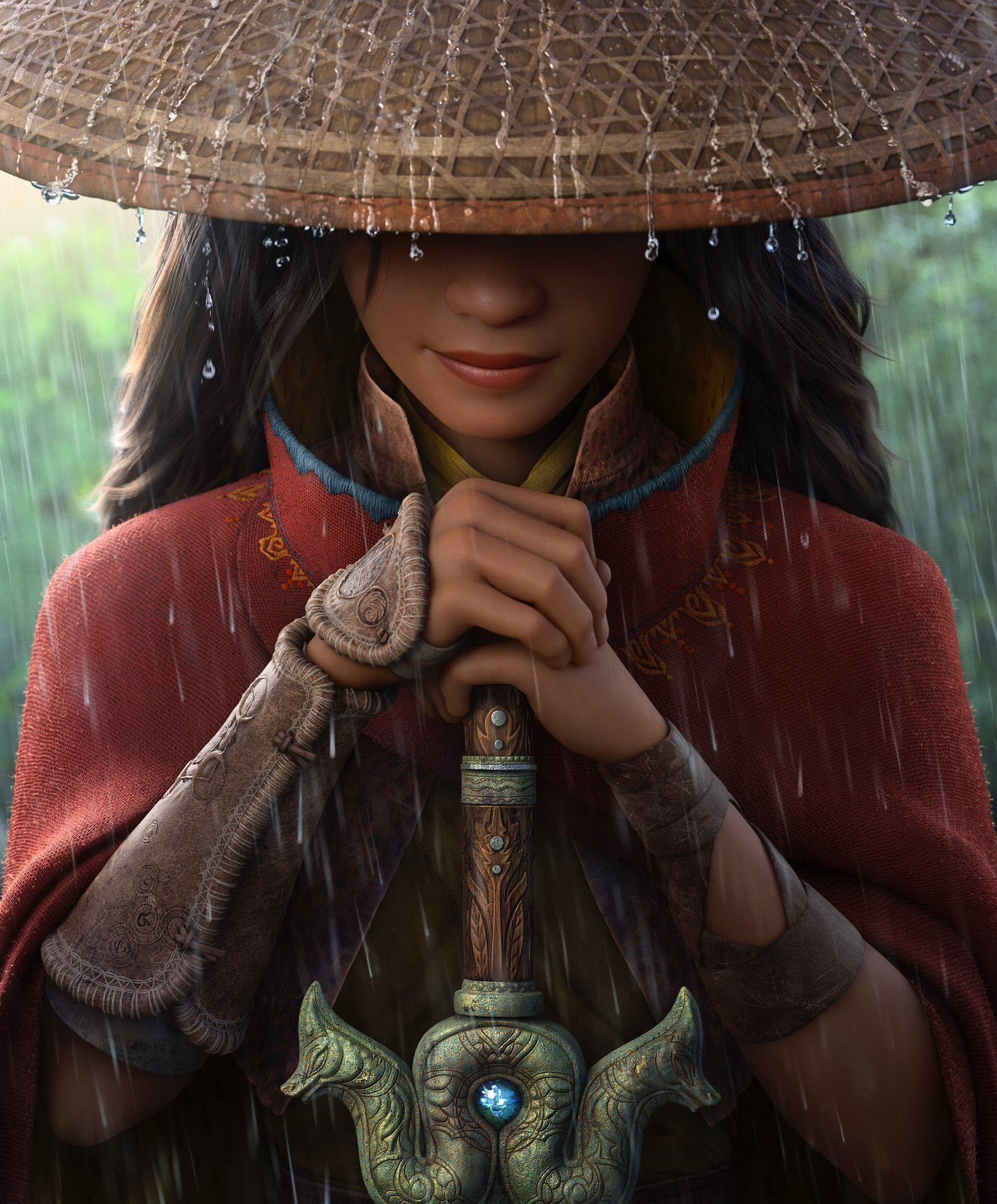 Official Poster for Raya and the Last Dragon

Today Disney revealed the first official poster for Raya and the Last Dragon, starring Kelly Marie Tran and Awkwafina. As previously reported, Raya features the first ever Southeast Asian Disney princess and is written by Adele Lim and Qui Nguyen. The trailer for the upcoming film will be released tomorrow on ABC’s Good Morning America.

The poster has almost a mysterious western feel, showing Raya front and center, with her conical hat worn low, covering her eyes. What really caught my eye was the gorgeously detailed sword, with a gem in the middle and twin dragon designs over the wooden hilt. I may need to get a replica sword once the film comes out.

Another potentially interesting tidbit is that the poster simply says “in theaters March 2021.” Previously, March 12, 2021 was announced as the premiere date, and while this poster obviously doesn’t contradict that, it seems like Disney might be trying to maintain some flexibility in case additional release schedule juggling is necessary. I remain conflicted about early 2021 theater release dates as they seem both far away and still too close. I definitely want audiences, especially Southeast-Asian American audiences, to be able to watch this film in theaters.

Check back tomorrow for the trailer!