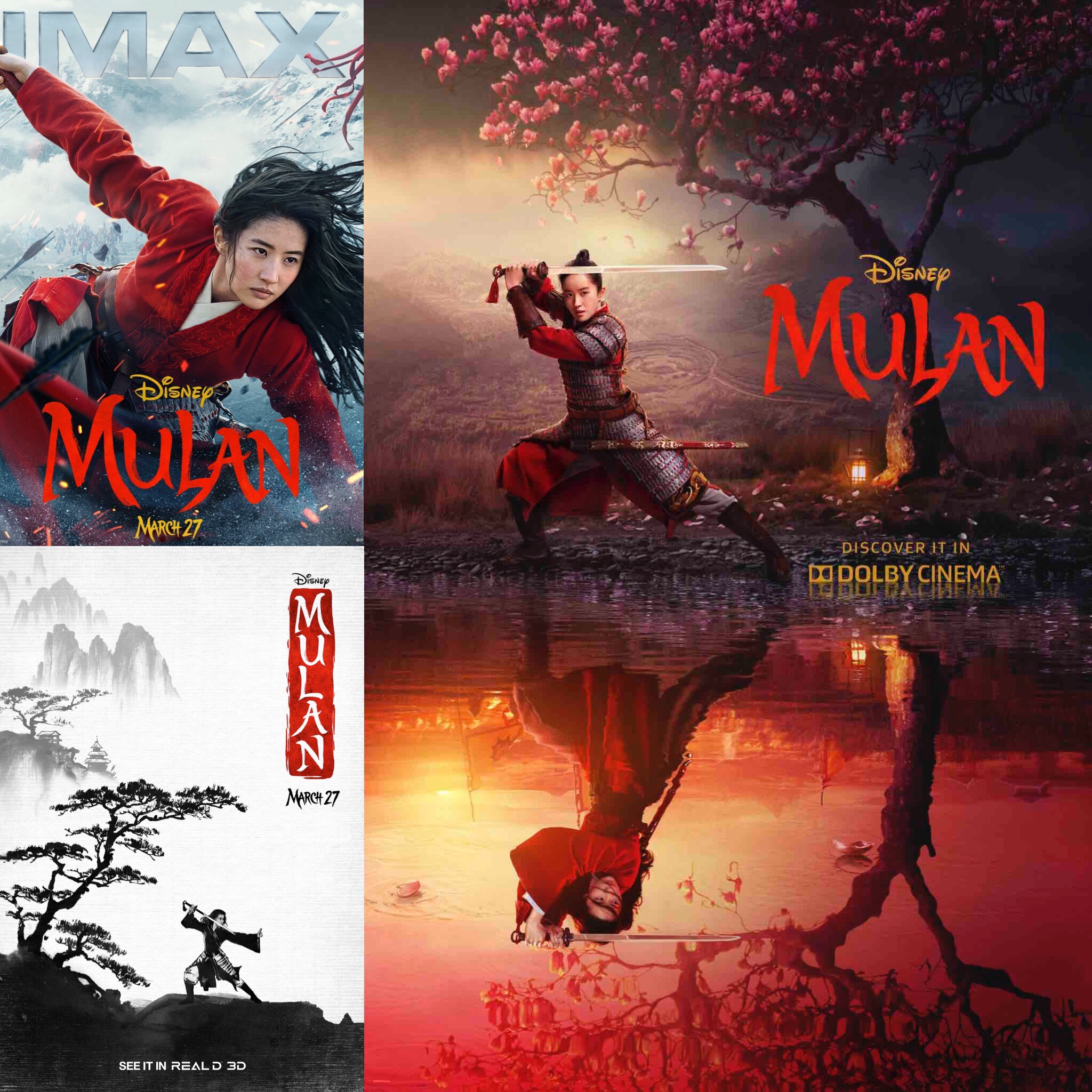 Disney’s Mulan is just under one month away from release and the marketing is seriously ramping up! This week Disney released three absolutely stunning new posters in English and Chinese, and a behind-the-scenes featurette highlighting some of the incredible stunt work in the film. In addition, several media outlets who had previously been invited to the set of the film were given the green light to publish their reports and interviews. We’re officially in the season of Mulan!

First, three new posters were revealed, which I might venture to say are some of the most beautiful official film posters I’ve seen in quite some time. In an era of quick Photoshop and cramming multiple character floating heads into official posters to meet contractual obligations, it’s a breath of fresh air to see these gorgeously laid out posters focused on Mulan and paying appropriate tribute to the story’s Chinese heritage. I appreciate too that both the Chinese and English versions were released together, whereas most films drop the U.S. version and then later share some international versions at a random time.

The stunt featurette was really well done, highlighting the stunt team, fight choreography and all the training that the cast had gone through for this film. Mulan star Liu Yifei talks about training 6-7 hours a day and Yoson An, who plays newly created character Honghui, hilariously mentions that he’s never had a six-pack before this film and that he feels like he’s truly learning from the best. I really wish we were able to more of Donnie Yen and Jet Li in action. They’re barely in this featurette but hopefully the two legendary martial artists will get a chance to flex their iconic skills in the film.

It’s been quite clear from all the footage that we’ve seen thus far that this Mulan is very much an action oriented martial arts film and the visuals are fantastic. This featurette really hammers those points home as we can see how much they emphasized the epic action elements of the story. Even without any connection to Disney or the story of Mulan, I would be genuinely excited to see what looks to be the first blockbuster Asian fantasy epic made for U.S. audiences (and no The Great Wall doesn’t count).

Another element that seems pretty clear to me about this upcoming live-action film is that it’s not so much an adaption of the animated film, but a new interpretation by Disney of the traditional Chinese folksong Ballad of Mulan. Of course the animated film was based on that folksong, as were a number of other films, TV shows, books and theater productions. There are undoubtedly strong connections between Disney’s animated film and this new live-action version, but I feel like a lot of hand-wringing among fans would be alleviated if they just accepted that this isn’t supposed to be the animated film brought to live. Personally, as someone who loved the animated classic, I greatly welcome a live-action adaptation that isn’t a shot for shot remake.

Finally, it seems that back in 2018 Disney invited several entertainment writers to New Zealand to visit the set of Mulan and speak with some members of the cast and crew. Of course those reports were under embargo and yesterday was the lift date. Below are the set visits that I’ve seen thus far. I always think it’s great to see members of the media, and in particular women of color, invited to the set. Especially for a film like this, it’s a smart move by Disney and a great opportunity for the public to get a behind-the-scenes look from the perspective of women and women of color (and men too!).

The 8 Most Interesting Things We Learned From Our ‘Mulan’ Set Visit – Laura Sirikul, Atom Tickets

Disney’s ‘Mulan’ Will be Rooted in Realism – Laura Siriul (yes Laura is always grinding!), The Nerds of Color

How the Me Too Movement Changed Mulan’s Love Interest – Hoai-Tran Bui, Slashfilm

DISNEY sent me to New Zealand to visit the set of MULAN! – coolirpa

Disney’s Mulan premieres March 27th in the United States and tickets are on sale now!