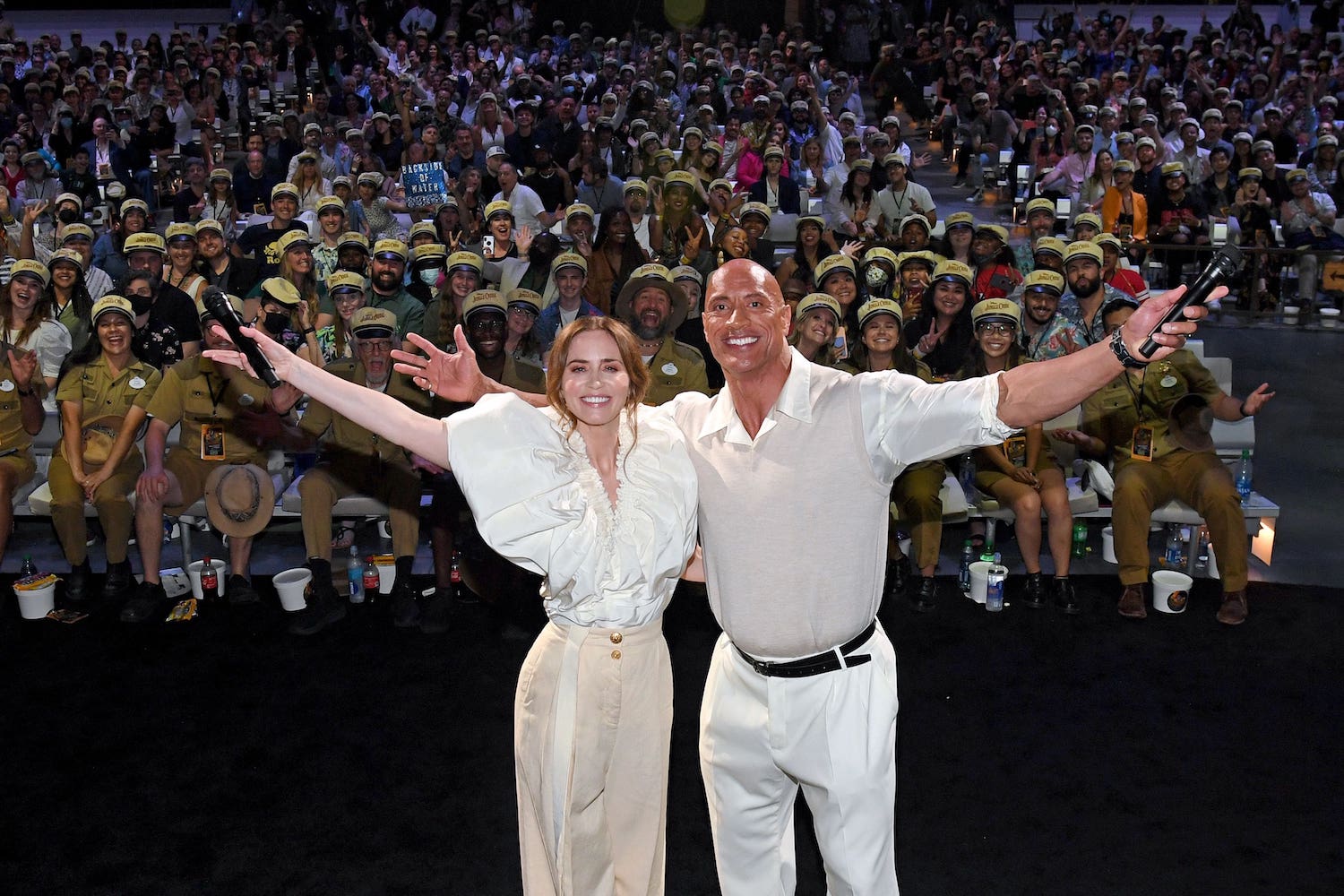 Last Friday night, Disney hosted the world premiere of Jungle Cruise at Disneyland, near the ride that inspired the film, with stars Dwayne Johnson, Emily Blunt, Edgar Ramírez, Jack Whitehall and Veronica Falcón in attendance, along with director Jaume Collet-Serra and producers John Davis, John Fox, Hiram Garcia, Dany Garcia and Beau Flynn. It’s one of the first full world premieres since the start of the pandemic, and having the event in an open air venue was not only an appropriate choice, but a smart one as well.

Prior to the event, Dwayne Johnson posted a wonderful behind-the-scenes shot of him and co-star Emily Blunt hanging out in the empty amphitheater where the festivities would take place. If there’s one celebrity who really knows how to leverage social media, it’s The Rock, who has 256 million followers on Instagram. This shot reveals such a cool, quiet moment between the two Jungle Cruise leads and it’s fun to see that before what must have been a fun but exhausting night.

In addition to the film’s cast and crew, special guests in attendance included Marvel Studios’ star Simu Liu, who will soon be enjoying his own premiere event, as well as Ming-Na Wen and her family, and Marsai Martin.

The sizzle reel above provides a great preview of the event highlights, but super enthusiastic fans can watch the full livestream of the world premiere below, as well as some great shots from the event!

Jungle Cruise premieres in theaters and on Disney+ via Premier Access on July 30th!

Inspired by the famous Disneyland theme park ride, Disney’s “Jungle Cruise” is an adventure-filled, rollicking thrill-ride down the Amazon with wisecracking skipper Frank Wolff and intrepid researcher Dr. Lily Houghton. Lily travels from London, England to the Amazon jungle and enlists Frank’s questionable services to guide her downriver on La Quila—his ramshackle-but-charming boat. Lily is determined to uncover an ancient tree with unparalleled healing abilities—possessing the power to change the future of medicine. Thrust on this epic quest together, the unlikely duo encounters innumerable dangers and supernatural forces, all lurking in the deceptive beauty of the lush rainforest. But as the secrets of the lost tree unfold, the stakes reach even higher for Lily and Frank and their fate—and mankind’s—hangs in the balance.