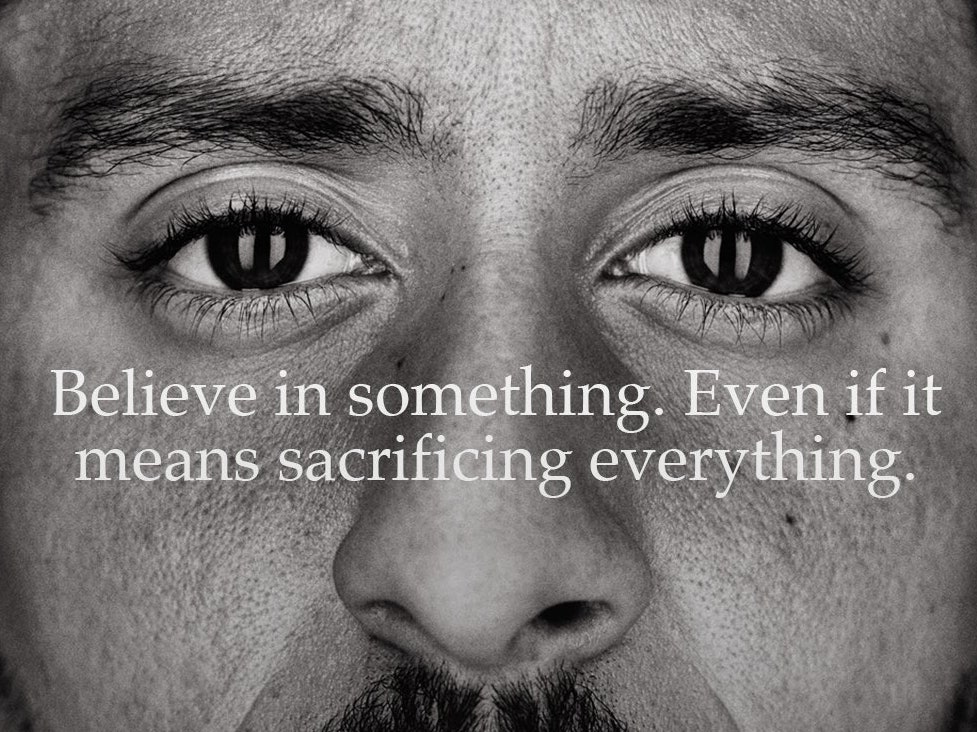 The focus for the partnership will be stories that explore race, social injustice and equity and will look to feature diverse directors and producers.

“I am excited to announce this historic partnership with Disney across all of its platforms to elevate Black and Brown directors, creators, storytellers, and producers, and to inspire the youth with compelling and authentic perspectives,” Kaepernick said in a statement. “I look forward to sharing the docuseries on my life story, in addition to many other culturally impactful projects we are developing.”

Kaepernick is of course known for his efforts to raise awareness on the issues of police brutality, particularly against the Black community, when he chose to make the symbolic gesture of kneeling during the national anthem while a member of the San Francisco 49ers. That action, which occurred in 2016, led to Kaepernick being widely derided, his message being convoluted into something that allegedly insults the military, and him being blackballed from the NFL. Since then, Kaepernick has remained steadfast in stating his desire and readiness to continue his NFL career, and he has become a symbol of the racial injustice suffered by Black Americans. In 2018, Nike made Kaepernick the face of a social justice oriented marketing campaign that many felt was a generally positive move for both Nike and Kaepernick, but ultimately had an overly vague message.

As such, this partnership is somewhat of a validation for Kaepernick. Finally, 4 years after Kaepernick’s last season in the NFL and in the midst of renewed awareness of social justice issues following the police murder of George Floyd, Kaepernick has the opportunity to expand his platform that comes with a formal vote of confidence by possibly the most impactful media company in the world in Disney.

Very excited to announce that I’ll be serving as a producer on @Kaepernick7’s docuseries, as part of his production deal with ESPN/Disney and content collaboration w/ @TheUndefeated. I consider it an honor to play any role in telling Colin’s story https://t.co/awYuC3VIRe

Another interesting wrinkle to this story is the Jemele Hill, who faced both public criticism and company discipline during her time with ESPN as a result of her tweets and comments related to social justice and Donald Trump, will be serving as a producer on the Kaepernick docuseries. That makes this news doubly delicious for those who felt that both Kaepernick and Hill were treated unfairly for actions and comments that were not only reasonable, but righteous. Hill ultimately left ESPN and now writes for The Atlantic and hosts her own podcast Jemele Hill is Unbothered on Spotify. I know Kaepernick and his supporters must be thrilled at this new deal with Disney, but I would have loved to have seen Hill’s reaction to this as well.

For Disney’s part, this is another positive move in support of social justice. Last month, Disney pledged $5 million to organizations that advance social justice, starting with $2 million to the NAACP. While it was a nice gesture, given the climate, many critics felt that a company like Disney could have done much more. With this move, it’s nice to see that Disney sees on-going value in supporting social justice programming beyond the positive PR bump from a donation announcement. The important take away is that considering Disney, like all massive corporations, are moved by financial statements, the fact that they are making donations to social justice organizations and deals with figures like Kaepernick show that our voices are being heard. Companies are realizing that silence on these issues and kowtowing to viewers who might be offended by social justice messages are ultimately bad for the bottom line.

“During this unprecedented time, The Walt Disney Company remains committed to creating diverse and inclusive content that resonates and matters,” said Bob Iger, Disney’s executive chairman. “Colin’s experience gives him a unique perspective on the intersection of sports, culture and race, which will undoubtedly create compelling stories that will educate, enlighten and entertain, and we look forward to working with him on this important collaboration.”