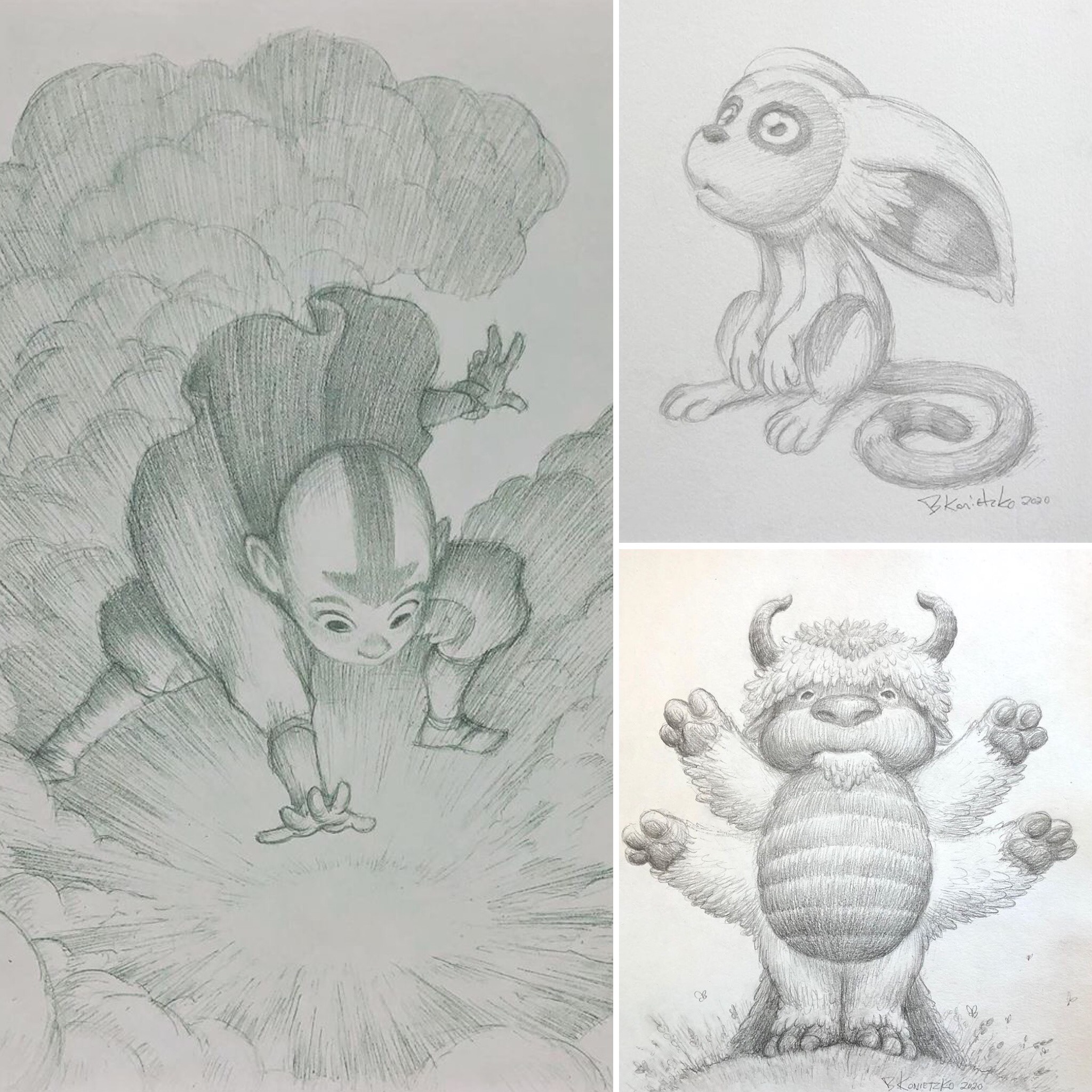 UPDATE: Bryan Konietzko’s charity auctions on behalf of Navajo Nation COVID-19 Relief Fund are now LIVE ON EBAY! There are currently 5 auctions on-going (which are set to conclude this Saturday night), with a 6th auction announced by Konietzko for this weekend. Check out the original sketches up for auction below, be sure to visit the auctions directly and happy bidding!

Avatar: The Last Airbender (ATLA) is one of the greatest animated series of all time. Period. It may very well be one of the greatest TV shows of all time as well. Created by Bryan Konietzko and Michael Dante DiMartino for Nickelodeon Animated Studios, the series is a master class in world building and story telling and it is one of the ultra rare shows that simply cannot be overhyped. Although the series finale aired in 2008, the show has steadily continued to grow its passionate fan base, as more viewers (including myself) discovered the show via DVDs and Blu-ray after the series concluded. The ATLA stories have also continued beyond the finale of the show*, with a robust set of graphic novels by writers like Gene Luen Yang (a POCCulture.com favorite) and artists like Gurihiru. To the excitement of many, it was announced in 2018 that Konietzko and DiMartino were returning to the ATLA universe to develop a live-action show for Netflix. Fantastic! What a perfect time to catch up on the animated show right!? Surely it must be on Netflix if they’re developing a live-action version. Well, for whatever reason, ATLA hasn’t been available on Netflix for years. That travesty ends TODAY as Avatar: The Last Airbender makes its triumphant return to Netflix to save us all from quarantine madness!

The most obvious way to celebrate ATLA’s return today is simply to sit in front of your preferred screen and watch unending hours of the show. You definitely should do that. I plan to do that. But while we’re doing that, co-creator Brian Konietzko is giving us the opportunity to do some good as well. Konietzko has been sketching some fantastic original art based on Avatar: The Last Airbender characters, and is auctioning them for charity with proceeds going towards Navajo Nation COVID-19 relief. Konietzko hasn’t yet revealed all the details on the auctions but be sure to follow him on Instagram for more information. You can find additional information on the Navajo Nation Relief Fund HERE.

Donate if you‘re able and support the Native community which has been hit particularly hard during this global pandemic and is all too often ignored and overlooked. Below you can find clips from Konietzko’s Instagram where he’s drawing these awesome sketches.

Enjoy Avatar: The Last Airbender on Netflix and watch the single best character redemption storyline of all time!

*Yes there was also a live-action film made that sullied the Avatar: The Last Airbender name and is best watched never.

In this article:ATLA, Avatar, Avatar the Last Airbender, AvatarTheLastAirbender, Netflix