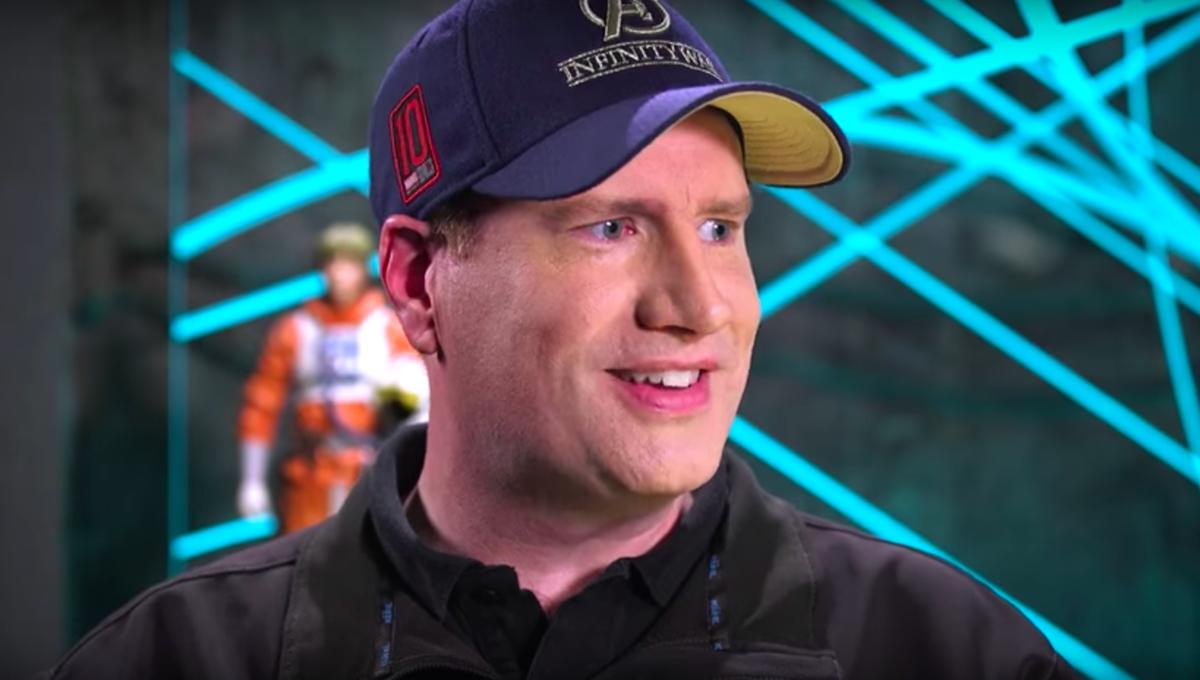 In a stunning display of inter-company synergy, The Hollywood Reporter dropped the bombshell news tonight that Kevin Feige, superstar head of Marvel Studios, is developing a Star Wars film.

“With the close of the Skywalker Saga, Kathy is pursuing a new era in Star Wars storytelling, and knowing what a die-hard fan Kevin is, it made sense for these two extraordinary producers to work on a Star Wars film together,” Disney Chairman Alan Horn told THR.

THR further reported that, according to their sources, Feige has already told a “major actor” that he has a specific role in mind. Amusingly, many on social media are guessing the actor in question is Captain Marvel herself, Brie Larson. Of course at this stage, that’s nothing but fan chatter.

Apparently there’s also some speculation as to whether this move is a harbinger for a leadership change for Lucasfilm, which is currently led by Kathleen Kennedy. However, I’d guess that talk is based on little more than snarky comments by those who aren’t fans of the latest Star Wars films made under Kennedy’s watch. Even if Kennedy’s job was in jeopardy, and frankly I haven’t seen any credible journalist report anything noteworthy to that regard, effectively sacrificing one Disney studio arm for another makes little sense. Especially considering Marvel is itself entering a new era of its cinematic universe.

It sounds more like Feige, who must have as much clout as any executive can possibly have at this point, wanted to play in the Star Wars sandbox. With The Rise of Skywalker coming this December, bringing the first phase of Disney Star Wars to a close, now is as good a time as any for Feige to jump in and make a passion project.

I fully recognize that this would be yet another white, male creative given the keys to the Galaxy Far Far Away, and that’s clearly been a recurring issue with Lucasfilm. At a minimum, with Feige producing, I have hope that he will put more diverse creatives behind the camera of his Star Wars film as he has done with his latest Marvel films. Many people seem either unaware or have forgotten that Feige hasn’t always been in the enviable position he is now. When the MCU started, Feige’s Marvel Studios was part of the larger Marvel Entertainment umbrella, run by Isaac Perlmutter. Recently, in his new book The Ride of a Lifetime: Lessons Learned from 15 Years as CEO of the Walt Disney Company, Disney CEO Bob Iger wrote about how Feige nearly quit due to frustrations reporting to Perlmutter. Although Iger doesn’t name Perlmutter specifically, Iger mentions that an unnamed executive was skeptical that movies like Black Panther and Captain Marvel would be successful. Ultimately, in late 2015, Iger reorganized Marvel Studios so that Feige would report directly to Disney Studios chairman Alan Horn. Variety even wrote a great piece on the implications of that reorganization back in 2015.

Since that shake-up, Feige’s support for diverse creatives and projects is more clear. Not only did we get Black Panther and Captain Marvel, but look at the list of directors for the recently announced Phase 4 films:

With the exception of Derrickson, every single director on this list is a woman or POC (or both). that’s incredibly impressive and unprecedented for any major blockbuster film saga.

Make no mistake, Feige doing Star Wars isn’t some victory for diversity in the franchise. There’s clearly many reasons for concern regarding the next era of Star Wars storytelling, and Lucasfilm’s history doesn’t inspire confidence. But at least with this bit of news, there are fair reasons that this hiring is a bit more palatable than some other announced Star Wars projects.