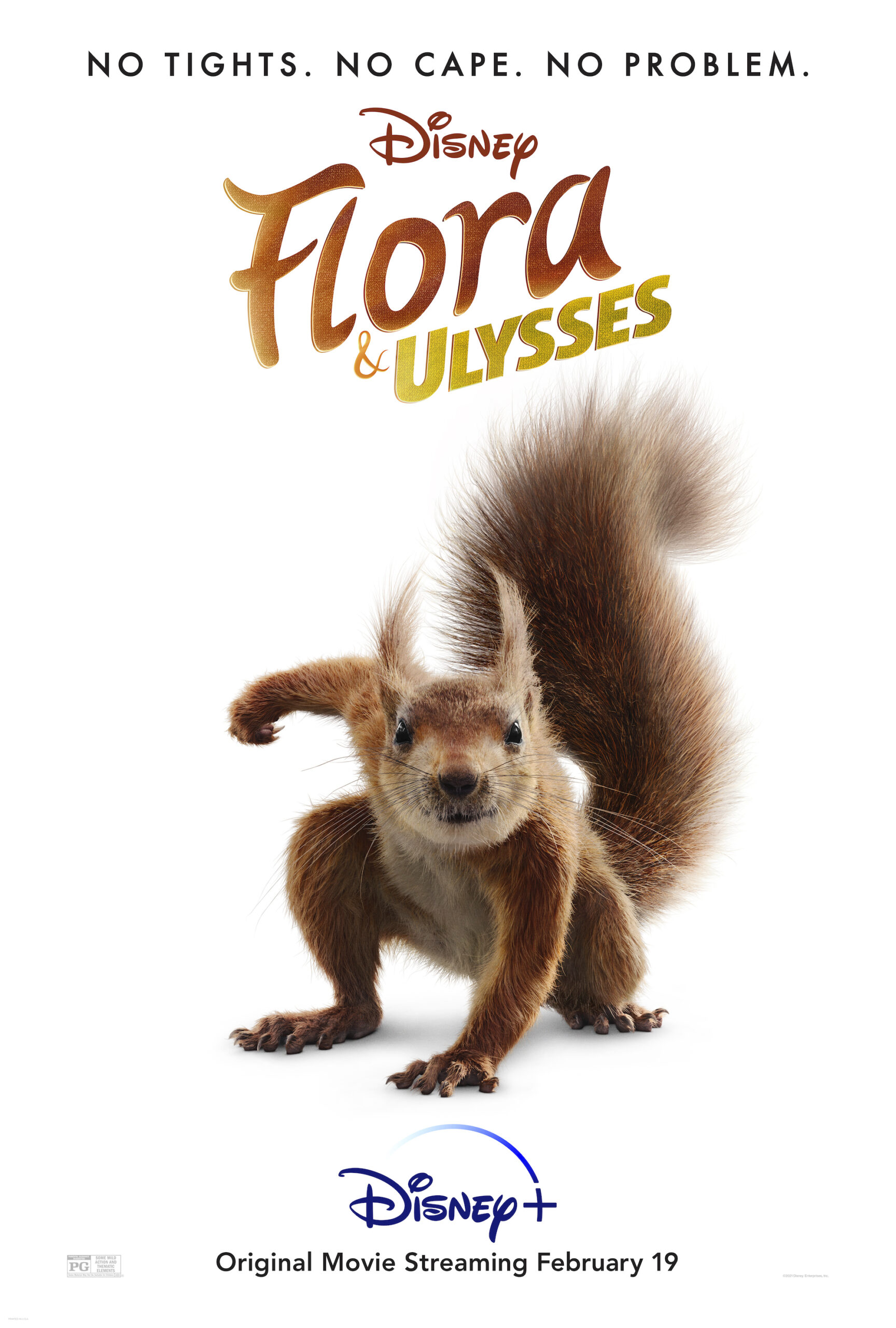 Disney’s new film Flora & Ulysses, based on the Newbery Award-winning children’s book by Kate DiCamillo, is about a squirrel with superhero-like abilities and features an all-star cast of comedic actors. The film is directed by Lena Khan (The Tiger Hunter), and stars Alyson Hannigan (How I Met Your Mother), Ben Schwartz (Parks & Rec), Danny Pudi (Community) and Matilda Lawler (The Block Island Sound) as Flora.

At a recent press day, the cast and crew of Flora & Ulysses gathered to speak about their latest project, including the superhero inspirations behind the story. What stood out immediately was the incredible chemistry between all of the members of the cast. It’s not uncommon that a cast becomes close during the filming of a movie (although it’s certainly not guaranteed), but the genuine enthusiasm and effusive praise that the Flora & Ulysses team had for one another was infectious. I couldn’t help but smile to myself throughout the event.

The press conference included the main cast, director Lena Khan and Kate DiCamillo, who wrote the children’s book. In talking about how she was inspired to write this story, DiCamillo shared that it was a time in her life not long after her mother had passed away. “The spring after my mother died there was this squirrel on the front steps of my house, draped dramatically across the steps, clearly in distress,” DiCamillo said. “And he wouldn’t move when I got close to him and I didn’t know what to do for him.” DiCamillo explained that she called her friend for help, who suggested killing it with a shovel. Instead, DiCamillo dreamed up ways to save the squirrel’s life, which eventually led her to this story.

The film’s main character, Flora, played by Matilda Lawler, is established early in the film as a young girl who loves comic books and superheroes. DiCamillo explained that at first there were no original superheroes in the story, but at the urging of her editor, she added a character named Incandesto, which caused her to do a deep dive into superhero comics.

Between DiCamillo’s source material and director Lena Khan’s personal love of comic books, the inspirations are infused throughout the film. Ben Schwartz, who plays Flora’s father and struggling comic book writer George Buckman, mentioned that comic book fans would appreciate the references. “Lena threw Easter eggs throughout that whole movie,” Schwarz said. “[She] put little fun things for people who like comic books and Disney throughout the whole film, which I think is really exciting.”

Khan mentioned that she and her brothers loved comics. When asked what kinds of Easter eggs comic book fans might look out for, it was clear that Khan knew her comics and pop culture.

There’s a whole world for just the comic book nerds. If you’re a comic book person, which, I grew up with my brothers, where like, if you go into the Comic Cave, which is the comic book store, there’s a giant penny, which would be in the bat cave, originally. You’ll see Mysterio with the goldfish thing over his head. Some people will know who the ventriloquist dummy is, the mobster dummy, next to the TV.

Beyond the Easter eggs, the titular heroes of the film each had their iconic superhero moments. For Ulysses, the CGI squirrel, Khan made sure that the CGI team was aware that real life squirrels are known to make the iconic superhero landings when they fall. “Squirrels do that. If you look up ‘squirrel superhero landing’, you will find that squirrels…because our CGI people were very particular. They’re like, ‘Ah, we don’t wanna do things that don’t feel like what a squirrel would do.’ I’m like ‘Oh no, squirrels do that.'” Khan said.

Flora is a superhero in her own right, as she’s the one character in the film who never gives up believing in her father and in the potential of superheroes. That characteristic is best summarized by the fact that Lawler had the distinct honor of saying the line that will resonate with comic book and Marvel fans forever – “I love you 3000.”

The already incredible cast and crew benefited from genuinely amazing chemistry in making Flora & Ulysses. Ben Schwartz and Danny Pudi have worked together for several seasons on Disney’s Ducktales, making the transition to this film comfortable. “Ben and I have history of fighting for the last three years as brothers on an animated show so that was very helpful,” Pudi said. “It was very easy to chase him with a tranquilizer gun.”

Perhaps the most important relationship in the film, the one that the film absolutely needed to get right, is between Flora and her father. Fortunately for all involved, not only did Schwartz and Lawler have great chemistry, they had a connection that went beyond even the rest of the cast. The two joyful actors had a magic trick connection where they could guess what the other was thinking. “[B]y the way, how dare you call it a magic trick? It is like we’re able to zap words or people’s names to each other’s head,” Schwartz explained. The duo performed a successful demonstration during the press conference (the name in question was “George Clooney”) as Allyson Hannigan warned, “Prepare to be very annoyed because you won’t be able to figure out how they do it.”

“It’s just a bond. Matilda and I worked together for so many months and it just happened one day,” Schwartz said.

The bond between the two stars, as well as the cast as a whole, really shined even during the virtual press conference. DiCamillo gave the cast and crew the ultimate compliment, noting that the chemistry and all the work that went into developing the film was so strong that it enhanced her book.

It feels to me like what happened between the script and the cast and the directing is that the themes of the book are amplified. The heart is even bigger and the wackiness is even bigger. And also just the power of connection has been amplified. And so, it’s just, whatever is different is more and better.