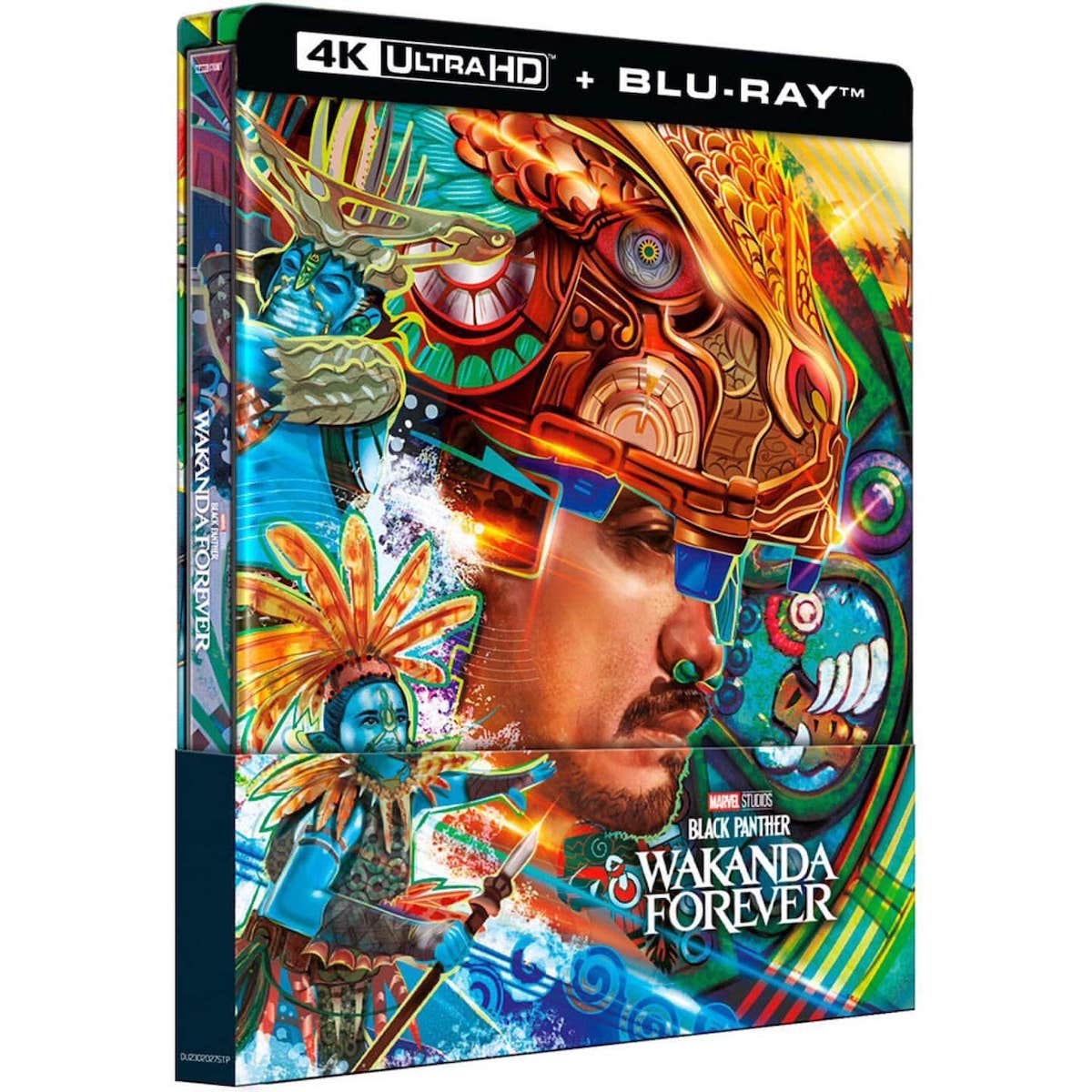 Black Panther: Wakanda Forever is coming home this February! Marvel Studios announced today that the epic Black Panther sequel will be releasing on digital on February 1, 2023, with the 4K Ultra HD™, Blu-ray™ and DVD releasing February 7, 2023.

The home video release for Wakanda Forever is no doubt strategically scheduled to coincide with Black History Month in the United States. The most exciting element of this announcement is that the film will be released in two limited-edition SteelBook ® designs exclusively available at Best Buy. The Wakanda design, by artist Dorothea Taylor, highlights Shuri (Letitia Wright), Queen Ramonda (Angela Bassett), Okoye (Danai Gurira), Nakia (Lupita Nyong’o) and M’Baku (Winston Duke). The counterpart Talokan design, by Orlando Arocena, features stunning art of Namor (Tenoch Huerta) with his ceremonial headdress from the film, along with Attuma (Alex Livinalli) and Namora (Mabel Cadena). The two Steelbooks complement each other perfectly, with Namor facing right and Shuri facing left.

These two beautiful designs, from Black and Mexican artists, are a wonderfully diabolical way for Marvel to ensure that they get our money twice. And I’m here for it! I will absolutely be getting both Steelbook designs to display on my shelf. In an era where physical media is increasingly underappreciated, I love that Marvel Studios is putting out these amazing disc sets and commissioned diverse artists for the release.

To celebrate the announcement, Marvel Studios released a fantastic trailer video with both Dorothea Taylor and Orlando Arocena speaking about their art and how the themes of the film inspired them.