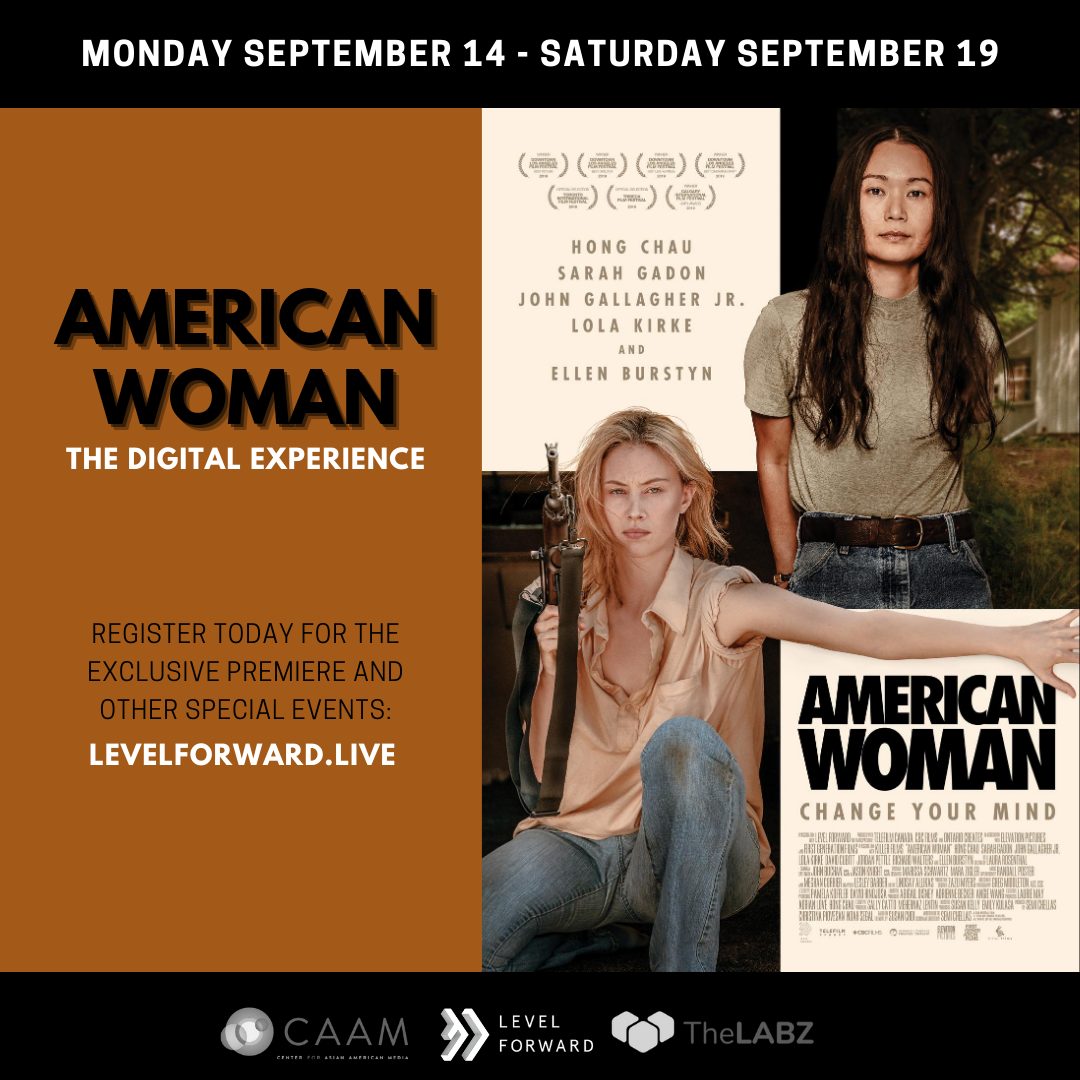 American Woman, a film written and directed by Semi Chellas, is launching a digital premiere week starting today on LABZ LIVE. The program features a variety of exciting virtual events with the cast and crew, as well as panel discussions on issues like the Gun Neutral initiative.

Tonight’s Preview Night tickets are already sold out, but they are accepting waitlist sign-ups. Tickets for the rest of the week are still currently available so don’t wait!

American Woman, which premiered at the Tribeca Film Festival, is the directorial debut for Chellas, who is an Emmy®-nominated writer and producer of Mad Men and The Romanoffs. Set in 1974, the film “tells the story of two very different women thrown together on the run from the law. Jenny (HONG CHAU) is a fugitive, living in hiding after a turn as a bomber in protest of the Vietnam war. Pauline (SARAH GADON) is an heiress-turned-radical after an unimaginably violent break with her past. Adapted from the Pulitzer-shortlisted novel by Susan Choi, inspired by the kidnapping of Patricia Hearst, the film re-imagines one of the most famous ‘lost years’ of the twentieth century.”

10% of net proceeds from this event will be donated to partners at The Center for Asian American Media and Advocates For Youth. Students can enter code SDAW for discounted rates.

Check out the trailer for American Woman below!