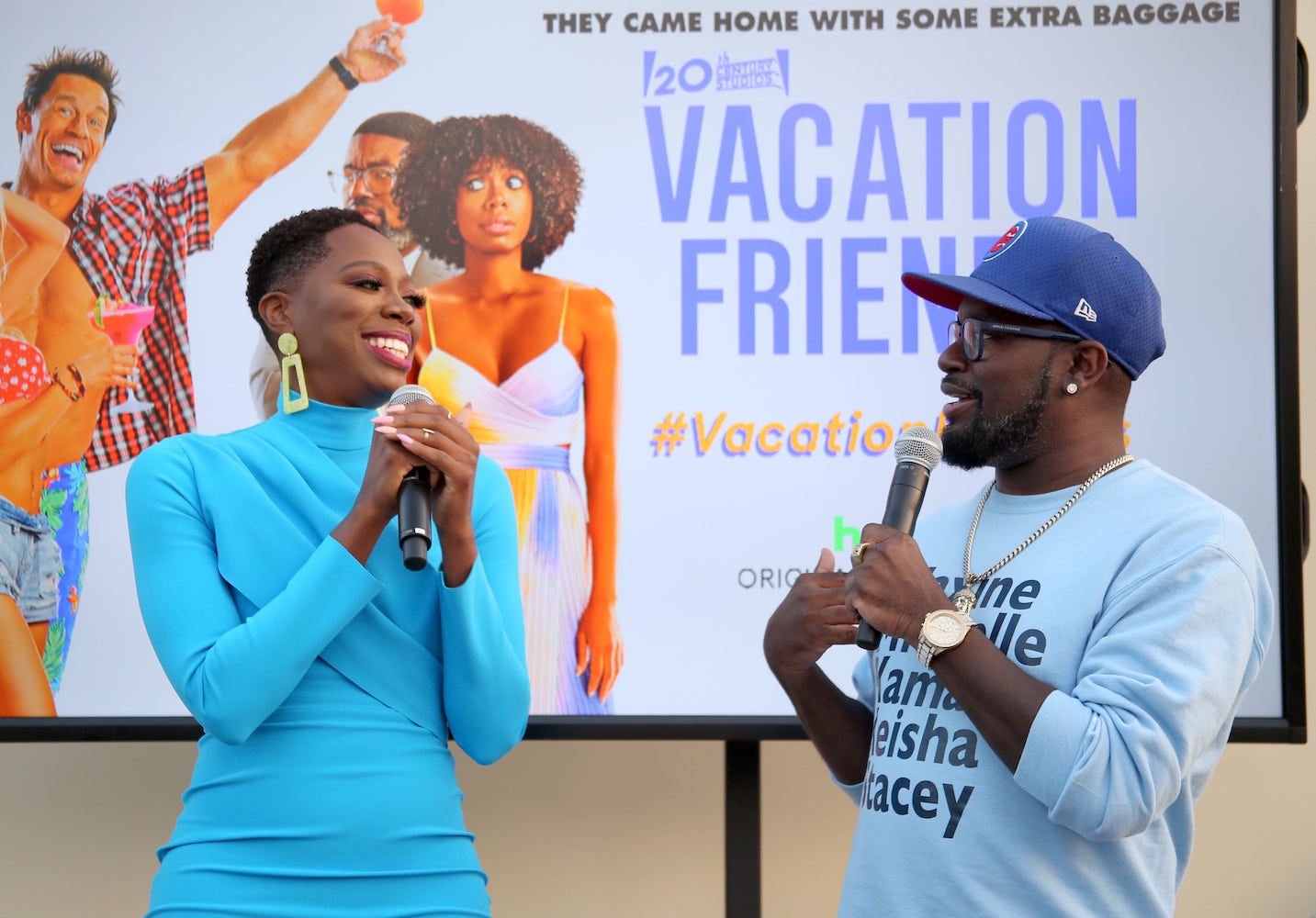 Orji and Howery hosted the Los Angeles event at The Hollywood Roosevelt Rooftop, while Cena and Hagner joined director and co-writer Clay Tarver at the JIMMY at the ModernHaus Soho in New York. There’s no truth to the rumor that nobody saw Cena.

You have to love that Orji brought her parents to the event, who look like they could be movie stars in their own right. I also need to know where Howery got his incredible shirt.

Vacation Friends is interesting because it’s one of the rare films where the Black couple is the focus of the story, with the white couple being the supporting characters who are wild and crazy. I also have to admit that I enjoy Howery in almost everything he’s in so I’m greatly looking forward to the film.

Vacation Friends releases Friday, August 27, streaming as a Hulu Original in the U.S. and as a Star Original on Star on Disney+ in select international markets.

Clive Barker’s original Hellraiser film premiered in 1987 and ruined sleep for all of us. Since then there have been an incredible nine additional...

For over a year now, I’ve been really craving a fun, sexy queer rom-com, and that’s exactly what Hulu’s Fire Island is. This modern...

20th Century Studios’ No Exit is one of the most enjoyable suspense thrillers I’ve seen in a long while, thanks in large part to...

It’s rare to find a thoroughly satisfying thriller nowadays. Too often, thrillers fall into the trap of leaning too heavily on horror elements like...